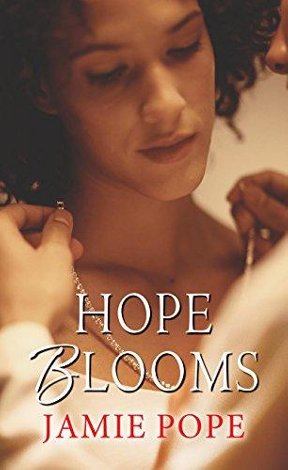 I hope everyone has someone to spend today with, whether it’s a significant other, a dear friend, or even a book boyfriend!

My DH has to work, so we did a little Valentine’s Day-ing yesterday, and when you’ve been married almost 25 years, it seems to work just fine.

I’m going to go a little rogue here, and remind everyone that today also marks the one year anniversary of the Parkland shooting, and despite tons of politicians sending their “thoughts and prayers,” there’s been no meaningful movement on gun control on the national level.

(Kudos, however, to all the great conversation started and continued by the young, eloquent Parkland survivors.)

One of the best things about romance novels is that they allow us to explore nearly every issue within the parameters of love stories, which practically make them more positive and uplifting from the first word.

To bring these two issues together, I thought I’d talk about some recent romances that explore school shootings.

I’ve mooned over Roni Loren’s The Ones Who Got Away series, so I’ll re-mention that here to start. Each title is terrific, and the series is breathtaking in exploring trauma, expectation, and love with surprising but perfect matches.

Recently I mentioned that I had started HOPE BLOOMS by Jamie Pope, and I’ll add that title to the list.

When tragedy destroys everything you've built, how do you find the strength to go on? In Jamie Pope’s powerful novel, one woman must come to terms with grief—and a passionate but uncertain chance at remaking her future.

In one shattering instant, schoolteacher Cassandra Miller lost everything that mattered to her. Stricken with guilt and sorrow, she has no reason to care about tomorrow. The last person she wants help from is the man she wants to forget. In childhood, Wylie Everett was her cherished best friend. In adulthood, he was the secret lover who left her without explanation. Now he’s the person who won’t let her go down without a fight. And as he renews her joy in small things, and challenges her to take a fresh perspective, the desire they once shared burns more fiercely than ever—and proves anything but safe.

An ex-Marine, Wylie has always loved Cass, though their backgrounds were as different as could be. Years ago, he walked away believing he could never be good enough for her. But he’s never stopped regretting his decision. Now, helping her heal is the only way he can make amends, and hopefully make up for lost time. But their rekindled passion will be tested by pain he's never resolved—and mistakes for which forgiveness may not be enough. Can he and Cass find one last way to move forward, and risk rebuilding their lives…together?

I love Jamie Pope, no matter what name she’s writing under (be sure to check out Sugar Jamison too) and this book explored second chance love as well as recovering from physical and emotional trauma. Jamie is a great writer, and while there were moments that made me shake my head at their past actions, I also realize that in order to have reconciliation, you also have to have some things to reconcile from. (And they were young and dealing with a long list of baggage to unpack, especially Wylie.) In the end, the book was very satisfying and the romance swoon-worthy, so pick this one up!

The Kirkus review called it “An intensely emotional read with flawed characters who share a complicated history but desperately need each other to survive. Ultimately hopeful and romantic.” (Read the full review here).

Finally, Nora Roberts’ SHELTER IN PLACE explores a shooting at a mall rather than a school, but the two main characters are teens. The novel looks at the event and its aftermath, to great effect, in my opinion.  However, I will add that both one of my IRL reading buddies with whom I generally agree thought it was way too long, and the Kirkus reviewer (review here) did call the plot sprawling. I agree it was long, but I enjoyed watching Simone and Reed grow up separately, only falling in love later, despite their shared experiences. I thought it worked both as a romance and as a thriller, but also as a kind of exploration of survivors who feel compelled to make a difference, or to live their lives with a dedication they may have otherwise lacked, if not for the traumatic experience.

It was a typical evening at a mall outside Portland, Maine. Three teenage friends waited for the movie to start. A boy flirted with the girl selling sunglasses. Mothers and children shopped together, and the manager at video game store tended to customers. Then the shooters arrived.

The chaos and carnage lasted only eight minutes before the killers were taken down. But for those who lived through it, the effects would last forever. In the years that followed, one would dedicate himself to a law enforcement career. Another would close herself off, trying to bury the memory of huddling in a ladies' room, helplessly clutching her cell phone—until she finally found a way to pour her emotions into her art.

But one person wasn't satisfied with the shockingly high death toll at the DownEast Mall. And as the survivors slowly heal, find shelter, and rebuild, they will discover that another conspirator is lying in wait—and this time, there might be nowhere safe to hide.

I know this may be an odd theme to focus on for Valentine’s Day, but common sense gun legislation is near and dear to my heart, and this is my way of giving a nod to the Parkland survivors who have inspired me over the past year, and also to the romance genre—or at least books with uplifting, romantic elements—which, like those brave, brilliant teens, remind me every day that there is hope to be found everywhere.

May your day be full of love and inspiration.