A Philosopher of the Beat 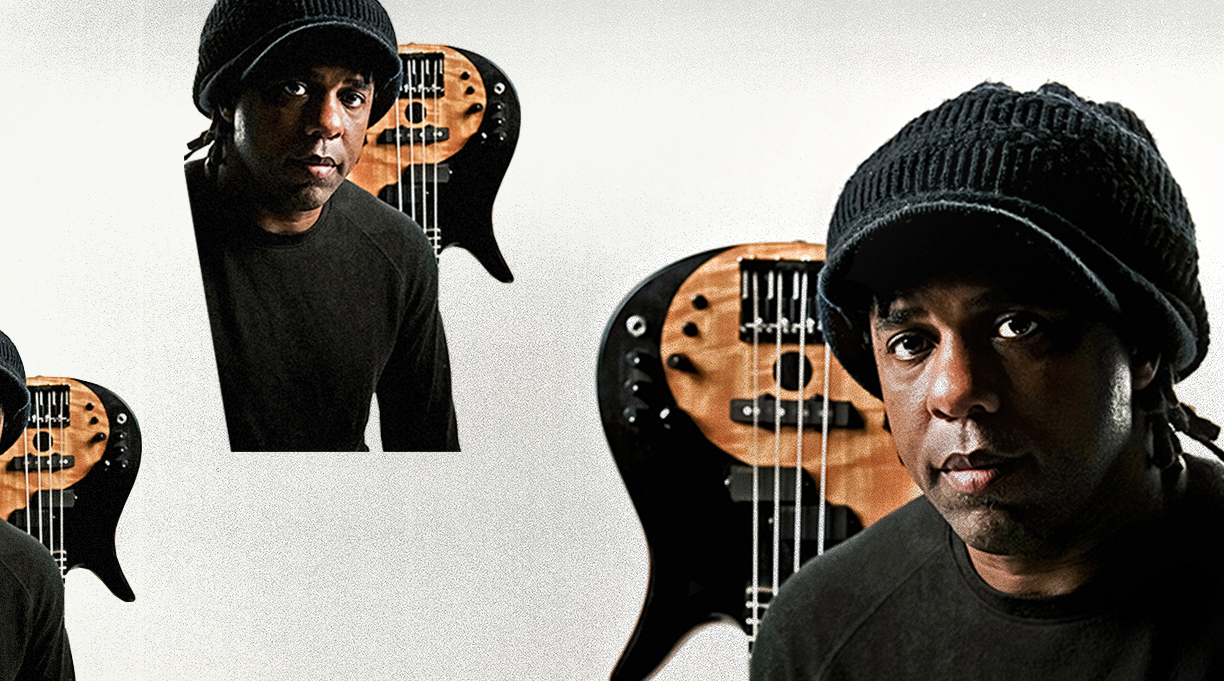 Victor Wooten. Photo from the author

By any measure, Victor Wooten is one of the most talented bass players in the world. He’s won five Grammy Awards and three Bass Player of the Year Awards from Bass Player magazine, and he’s recorded and toured with a panoply of top-notch musicians for more than four decades. I’ve seen him play at least a dozen times, and his shows with Béla Fleck and the Flecktones (a group that includes his brother Roy) remain some of my most memorable concert experiences, whether at Carnegie Hall or a tiny bullfighting ring in rural Spain.

In The Spirit of Music (Vintage, Feb. 2), a follow-up to The Music Lesson, Wooten offers a fable about the significance of music and the modern forces threatening its spirit. The story follows the wise, philosophical teacher Michael and a small team of musicians who meet in Nashville, Tennessee, to fight off the Phasers, who seek to cancel out musical sound, to “render Music inaudible by reversing its phase.” It’s a unique, metaphysical work, what our critic called “a sometimes puzzling yet always rewarding delight for music fans of a mystical bent.” I spoke with the author via Zoom from his studio outside Nashville; the conversation has been edited for length and clarity.

You’ve been playing music professionally since grade school. Could you discuss your musical education?

I learned music from my brothers. I’m the youngest of five boys, and when I was born, they already knew that I was the bass player. So I was born into it. My oldest brother, Regi, was teaching me when I was 1; he would put a toy in my hands, and I would play along with them. By the time I was 5, we were gigging and touring, including a brief stint as the opening band for Curtis Mayfield’s Super Fly tour on the West Coast.

Is Michael a fabrication? A composite of your brothers? Just Regi?

All of the above. It’s a composite of all the things I wanted a teacher to do and say. I put all of that into Michael, who is also loosely based on a friend of mine. I wanted a character that had certain characteristics, who was whimsical and mysterious, where you never know what’s next. Is he telling the truth? Can we trust him? We learn from him but also question his methods.

Tell me more about the concept of “phase” and the Phasers.

In real life, there’s a thing that most musicians will understand: when your signal is out of phase. When you record digitally, you can see waveforms; when a sound happens, it vibrates. But if two vibrations oppose each other, rather than working in sync, they become what musicians call “out of phase.” The sound is totally diminished and feels dull. So the Phasers are attempting to diminish or destroy music. These days, I see a lot of parallels to that. We listen to music by ourselves. We don’t listen to albums in groups like I did as a kid, and we usually don’t even listen to an entire album. We say, I love that artist, but we haven’t heard their whole album, and in many cases, we didn’t even pay for the music.

Let’s talk about your work with Béla Fleck.

I remember when I first started playing with Béla. Here I am, around the world’s best bluegrass musicians for the first time, and I’m playing my funky stuff—trying to play bluegrass but adding a rhythmic backbeat, which is the mandolin’s role. Sam Bush, one of the greatest mandolin players ever, turns to me and kindly says, Will you stop doing that? That’s my job. In a lot of bluegrass music today, the mandolin players can play like jazz guitarists. They’re amazing. But some of the old timers are saying, where’s that drive? Where’s that rhythm?

When a legend like Sam Bush says that to you, what do you do?

Listen to him; do what he says. All the funk, RB, soul, Stax, Motown stuff I grew up with, that’s what I naturally feel. In bluegrass, you have the same notes, but everything else is different. The feel, the length of the notes, the attack, the tone, all of that. And Sam is the king of the mandolin, so of course, I’m going to listen. I took that backbeat out right away.

The Flecktones range widely across musical traditions. How do you manage to make it seem so effortless?

Béla is smart in that he allows each of us to be ourselves. He rarely tells us what to play. Every once in a while, he might make suggestions, but he knows that the band is better if we each get to be ourselves. Béla realizes that I’m a better bass player than him, and he’s a much better banjo player. So why should I tell the best banjo player in the world what to play? If he introduces a new song, he just plays his part. He doesn't tells us the key, time signature, or the changes. He just plays his part, and we listen and respond. Then it becomes a Flecktones tune, and that’s what makes the band so special: that you’ve got these four guys who grew up with different influences. Béla said that when my brother and I started playing his music, he felt it in a whole new way. We can go in all different directions.

Speaking of new directions, tell me about your 2020.

I was touring nonstop for 20 years, so I was going to take time off anyway. I’m not happy about the reason that I’m home, but I’m happy to be home. I get to eat dinner with my kids. My son just turned 16, and I got to be there to give him his present directly. My daughter got accepted to her college of choice, and I got to see her open the acceptance letter and scream with joy. I’ll say this: Music is what I do, but I can set the bass down. When I put it aside, who I am is what’s left: a dad, husband, brother, friend. Too many of us have gotten lost in what we do; we start defining ourselves by it.

It’s clear that you are a thoughtful, spiritual person. If you weren’t a musician, I could see you as an academic or some other position in the arts and humanities.

Our parents made it clear to us that we could do whatever we wanted. All you have to do is do it enough. People would go crazy over us as kids because we were good musicians, we were touring, and my mom would say, Well, as much as they do it, they should be good. That’s not special. What does the world need with just another good musician? What the world needs are good people. That’s my teaching philosophy. Become a good person, and bring that goodness to whatever you choose to do. I want to become better and then express through my music, which is what Michael is talking about a lot in the book.