Waterloo and the Regency Romance 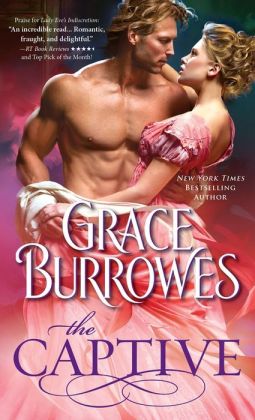 I remember hearing that phrase early—I think I was in second grade the first time—but I never quite understood the true scope of its meaning until I started reading Regency romances.

I wrote a bit about the backstory and history of Waterloo for NPR today, with commentary and Regency recommendations from great historical authors Loretta Chase, Sabrina Jeffries and Katharine Ashe. (You can find that here.)

There are so many terrific Regency romances with a connection to Waterloo and the Napoleonic Wars that I thought I’d mention a few more here.

Anything by Grace Burrowes is worth reading, and her Captive Hearts series is an exceptional look at the wounds of war from a number of insightful and thought-provoking angles. Start with The Captive.

Mary Balogh is another must-read Regency author, and her Survivors Club is not to be missed. Six men and one woman wounded during the Napoleonic wars forge an intense bond as they heal from their emotional and physical wounds on an estate in Cornwall. Re-entering the real world is a struggle for each of them, but finding love makes all the difference. The series begins with The Proposal.

I love author Eileen Dreyer and she often takes different

and unexpected angles to things. I love how she reminds us that Waterloo provided the chance for women to be heroic, too. The three heroines in her Drake’s Rakes series meet in the medical tents in Brussels. Book One is Barely a Lady. ISBN-13:

(Eileen is actually touring the Waterloo area in honor of the Bicentenary. You can follow her adventures here.)

Suzanne Enoch is another Regency favorite and her 2004 release, England’s Perfect Hero, was an early example of Waterloo PTSD, and a departure from the first two titles in her Lessons in Love trilogy. The intensity of the subject is offset by charming humor and two winning main characters who will risk everything to fight for their complicated love.

Julia Quinn’s Ten Things I Love About You deals with PTSD in a more lighthearted way. Despite being haunted by war and suffering from insomnia, Sebastian Grey maintains a positive and upbeat outlook, and turns his talent and energy into other pastimes that might help him heal, including saving Annabel from marrying an old, lecherous duke so that he can marry her himself.

And a quick note on some other historical favorites that deal with PTSD in other wars:

Lisa Kleypas’ Love in the Afternoon. Christopher Phelan is dealing with memories from the Crimean War, and Beatrix Hathaway was his secret pen pal while he was away. Love, love, love the Hathaways! (and Lisa Kleypas, but doesn’t that almost go without saying if you’re a historical romance fan?)

Jennifer Ashley’s The Seduction of Elliot McBride. The MacKenzies are another not to be missed historical series, and this one may be my favorite, mainly because Ashley handles Elliot’s PTSD so poignantly.

Finally, I’ll read about anything Elizabeth Hoyt writes, and before the brilliant Maiden Lane series, there was The Legend of the Four Soldiers series, which takes place in London, but has a backstory set in the American colonies against a mysterious ambush that left four former officers scarred and devastated. It begins with To Taste Temptation, which includes an American hero in Georgian London.

So how about you? What are your Regency favorites with a Waterloo (or PTSD) canvas?