This Week in Audiobooks 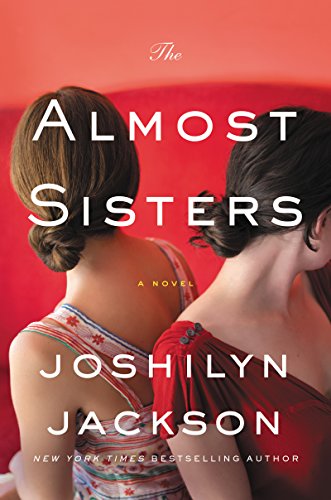 Hope you all had a nice 4th of July!

It’s been a great week for me with audiobooks. I had the chance to listen to the upcoming Joshilyn Jackson title, The Almost Sisters (releases July 11; Kirkus gave it a star review).

I simply love Jackson, one of my favorite authors.  A beautiful, witty writer, she tells unique, lively, engaging stories that also explore some core human, American and Southern questions.  Not strict romance, though usually with a strong romance arc, there is always depth and intensity in her books. And yet they are fun and fascinating too. She almost always deals with race, the South, and secrets. She explores family, both biological and emotional, in unique and interesting angles, and this title may be the deepest she’s gone into racial and social politics, setting the book in a small Southern town and navigating mixed-race children in a variety of ways.

Did I mention she’s one of my favorite authors? You should really read her. Really.

With empathy, grace, humor, and piercing insight, the author of Gods in Alabama presents a powerful, emotionally resonant novel of the South that confronts the truth about privilege, family, and the distinctions between perception and reality - the stories we tell ourselves about our origins and who we really are.

Superheroes have always been Leia Birch Briggs' weakness. One tequila-soaked night at a comics convention, the usually level-headed graphic novelist is swept off her barstool by a handsome and anonymous Batman.

It turns out the caped crusader has left her with more than just a nice, fuzzy memory. She's having a baby boy - an unexpected but not unhappy development in the 38-year-old's life. But before Leia can break the news of her impending single-motherhood (including the fact that her baby is biracial) to her conventional Southern family, her stepsister Rachel's marriage implodes. Worse, she learns her beloved 90-year-old grandmother, Birchie, is losing her mind, and she's been hiding her dementia with the help of Wattie, her best friend since girlhood.

Leia returns to Alabama to put her grandmother's affairs in order, clean out the big Victorian that has been in the Birch family for generations, and tell her family that she's pregnant. Yet just when Leia thinks she's got it all under control, she learns that illness is not the only thing Birchie's been hiding. Tucked in the attic is a dangerous secret with roots that reach all the way back to the Civil War. Its exposure threatens the family's freedom and future, and it will change everything about how Leia sees herself and her sister, her son and his missing father, and the world she thinks she knows.

The other book I just finished that you really should read is Magpie Murders by Anthony Horowitz (which also garnered a starred review). The Kirkus reviewer started the review with this: “A preternaturally brainy novel within a novel that’s both a pastiche and a deconstruction of golden-age whodunits.”

And ended it with this: “Fans who still mourn the passing of Agatha Christie, the model who’s evoked here in dozens of telltale details, will welcome this wildly inventive homage/update/commentary as the most fiendishly clever puzzle—make that two puzzles—of the year.”

I agree with those, and also love the winks at Horowitz’s BBC work, the publishing industry, books in general and cozy mysteries in particular.

You don’t have to be a fan of any of those things to enjoy this book. It’s great fun and devilishly clever, and I highly recommend it.

(A quick note of thanks to HarperAudio, who sent me the audio files for these titles.)

Are you a mystery fan? A romantic women’s fiction fan? A pure romance fan? What are you reading this week?