A Week in Books 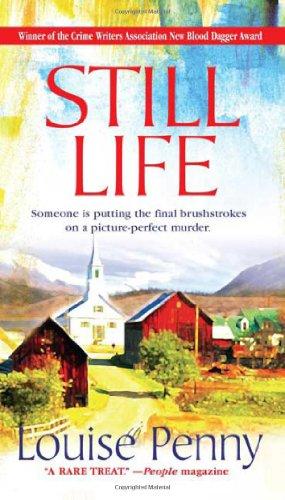 So February has practically flown by and it’s seventy degrees in Wisconsin. Apparently this week has been the warmest in recorded history in the state—that’s the warmest week in winter history, not just February history.

I confess, it makes me a little worried about the climate, but I can’t say that not having to wear a jacket in February isn’t welcome! Hello sun!

(Don’t worry, we’re not getting too comfortable…It’s supposed to snow on Friday.)

It’s been a great week for books, too.

I mentioned last week that I would be reading the latest Maisie Dobbs, which I did and it was terrific as usual. If you haven’t discovered this series by Jacqueline Winspear, I highly recommend it.

Maisie is a housemaid turned college student turned WWI nurse turned detective psychologist. Her own story is unique and compelling, and the cases she takes on cover such fascinating and complicated topics that I recommend these books to everyone. They are mostly set in the years between WWI and WWII, but with this title, she is moving distinctly into Nazi-shadowed Europe.

I think I mentioned this last week, but if you decide to dive in, they’re definitely better in order.

Another series that many of my Maisie-loving friends also love is the Inspector Gamache titles by Louise Penny, and just by coincidence the first title showed up in my Overdrive library queue next: Still Life - which received a starred review. (I should also mention that the Kirkus Fiction Editor Laurie Muchnick loves the series and even blogged about it here.) The last two titles in the series were each named Best Books of their respective years, and I’d heard about the series from such a large cross-section of my reader friends that I knew I had to get to it someday.

Friends, another high recommendation (though really, you can take Laurie’s word for it over mine!) ;o) I think almost every title in the series received star reviews, and it sounds like you might want to read them in order too. Still Life was delightfully rich in character, insight, and storytelling, and I’ll definitely be continuing on with the series. Feel free to join me!

Finally, I was intrigued by a book Overdrive recommended to me - The Secret to Hummingbird Cake, a debut title for Celeste Fletcher McHale. The book came out early this year and I really enjoyed it, though it had a few flaws.

It was published by Thomas Nelson, the Christian fiction arm of HarperCollins, and I would love to see more of this kind of book. I haven’t been a particular fan of Christian fiction because too often for me the books’ messages are so loud that I don’t enjoy the story. However, there are plenty of exceptions, and there seems to be a growing trend where the faith-based theme is less central, lighter, and integrated into the story in more organic ways.

In fact, I would barely characterize the book as Christian fiction. Instead it feels like a Southern fiction story which germanely includes ideas of God, since the book mainly explores friendship, forgiveness, love, death, and adultery (lightly).

Carrigan, Ella Rae, and Laine have been friends since kindergarten . . . since the day Ella Rae beat up a boy who tried to pick on Laine. They all still live in the small town of Bon Dieu Falls, Louisiana, and they’ve been through everything together, from a State Softball Championship to Carrigan’s elopement at seventeen. And Laine is still trying to keep the other two out of trouble.

But when cancer threatens to rip the trio apart, their world spins in a way they’ve never known before. How deep do the bonds of friendship go? Through it all, they just may discover the secret to the divine taste of hummingbird cake—and the secret to a friendship that never ends.

The book is written in the first person from Carrigan’s perspective, and I must be honest—Carrigan starts out kind of shrill and annoying. However, keep going, because it’s really after the first quarter of the book that the characters come into themselves and begin to shine.

Carrigan’s character is the narrator, but it’s Laine who’s the emotional center of the trio, and when she falls ill, Carrigan steps up in ways she didn’t know she was capable of and takes stock of all the blessings in her life, but never in a treacle or “anvil-over-the-head” kind of way.

There’s a lot to like in this novel, and the Southern tone is part sass, part heart, but it really works, especially for this tight group of friends who discover just how great they had it when the going gets tough.

If you like a hint of Christian faith in your stories, or if you’d consider reading a book that has a light touch of faith rather than a central theme, then I definitely recommend this one.

I’m about to start The Wall of Winnipeg and Me by Mariana Zapata, which was recommended by a fan (Thanks Patty Vasquez!) and looks delightful:

Vanessa Mazur knows she's doing the right thing. She shouldn't feel bad for quitting. Being an assistant/housekeeper/fairy godmother to the top defensive end in the National Football Organization was always supposed to be temporary. She has plans and none of them include washing extra-large underwear longer than necessary. But when Aiden Graves shows up at her door wanting her to come back, she's beyond shocked. For two years, the man known as The Wall of Winnipeg couldn't even find it in him to tell her good morning or congratulate her on her birthday. Now? He's asking for the unthinkable. What do you say to the man who is used to getting everything he wants?

Like a Two Weeks’ Notice in the sports world. Yum, right?

What are you reading these days?