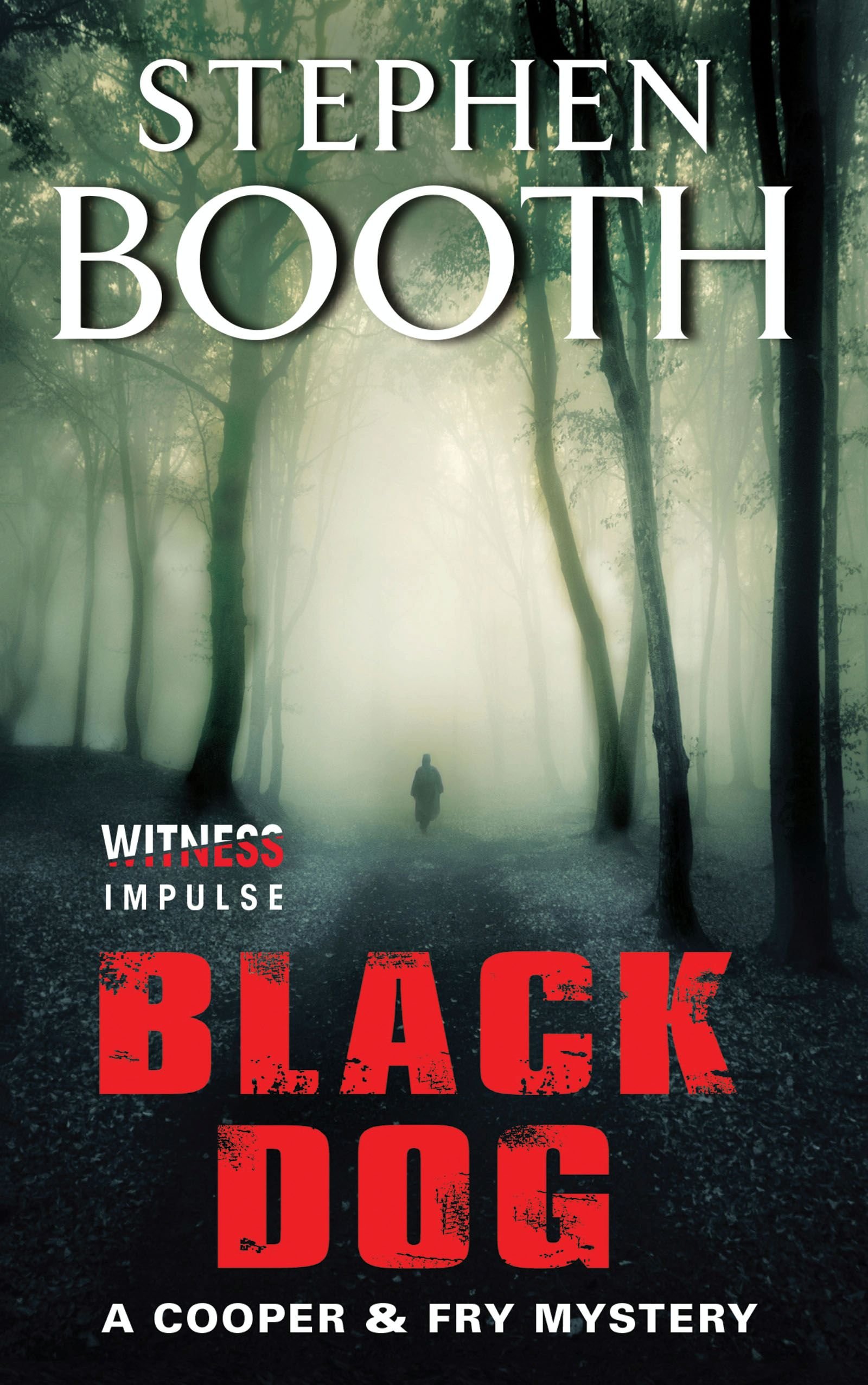 It’s interesting to see how different readers choose their crime, mystery and thriller novels and how they respond to the genre in general. Everyone has their own predilections. Some people, for instance, eschew tales that include graphic violence, while others steer clear of stories peppered with “spicy language” or boasting sex scenes. Many people relish the darker, more psychologically twisted side of crime fiction, while an equally vocal bunch can’t get enough of cat mysteries and other “cozies” themed around baking, quilt making, magic, yard sales, bed-and-breakfast inns and even haunted-home renovation. As this genre has become more popular, writers who might otherwise have been inclined toward composing romance novels, mainstream humor or works of fantasy have instead found ways to incorporate bloody corpses and amateur sleuths in their tales, hoping to appeal to the rapacious mystery-buying market. The result is a broadened genre that provides something for nearly every taste.

Personally, I give most serial-killer fiction a wide berth, since those books can be shallow, exceedingly ardent and lacking in nuance. I also tend to avoid stories involving torture (particularly the persecution of women), international terrorism (a huge topic nowadays) and any that promise passionate attention to the mechanics of either explosives or firearms. On the other hand, I’ve long been drawn to historical crime fiction (including works that feature real-life players from the past), tales rooted in foreign cultures (whether it be South Africa, Scandinavia or the American Ozarks) and novels starring private eyes (hard-boiled or otherwise). My preferences are not universally shared; even my wife, who often accepts my reading advice, has little patience for the oft-grim World War II–era thrillers and vintage suspense yarns that can keep me wide awake long into any night. Yet I am content with my biases, at least for now.

All of this musing was stimulated by an e-mail note I received recently from a reader I’ll call Mary (but only because that’s her actual name). She wrote: “I have been an avid reader for over 60 years. I enjoy crime fiction and police procedurals, but I am very weary of the drunken and damaged protagonists that seem to be everywhere. Have you any author or book suggestions that vary from this tired trope? Thanks in advance.”

Mary’s criticism is hardly unique. I have frequently heard similar objections. The fact is, there are a lot of broken and bedeviled crime-solvers in fiction. That’s partly because writers like to explore the booby-trapped depths of such personalities, and partly because readers are attracted to imperfect characters. But the most intriguing make-believe snoops are not necessarily those who are most gravely troubled, and even some players who have the potential to be morose manage to escape that fate most of the time.

Let’s begin, Mary, by introducing you to Stephen Booth, the British author now of 15 books starring Detective Constable (more recently, Detective Sergeant) Ben Cooper and DS Diane Fry, a couple of modern-day coppers charged with keeping the peace in the peaceful-looking English district of Derbyshire, which includes much of the scenic Peak District. They are not a wholly upbeat duo; the persistently hard-edged Fry has some tragedy in her past (she and her sister, Angie, were scooped into foster care after allegations of child abuse were leveled against their parents, and Angie later became a heroin addict). But that grim aspect is held in check throughout most of the series, and the congenitally empathetic and optimistic Cooper, an East Midlands native, provides essential balance. Cooper and Fry work well together as colleagues and competitors, and though their relationship isn’t without a frisson of emotional attraction, author Booth has been wise not to violate the professional distance between them. Better that Cooper squirms now and then at the thought of appearing a “country bumpkin” in the eyes of city-girl Fry and that she resent his persistent ability to get under her thickened skin. The opening installment of this series was Black Dog (2000), but I recommend as well Blood on the Tongue (2002), Blind to the Bones (2003), One Last Breath (2007) and Dead and Buried (2012).

Sticking with U.K. writers, there’s also Peter Lovesey. His original, Victorian-era mystery series starring Sergeant Cribb of Scotland Yard (Wobble to Death, Waxwork) was clever and consistently lively; and while Cribb’s steadfast partner, Constable Edward Thackeray, was inclined to worry, he was rarely permitted outright gloominess. Lovesey’s current series, focused around Chief Superintendent Peter Diamond of the Bath, England, police department, is likewise charming. This, despite Diamond himself being short-fused, ill-humored and excessively blunt, an aging officer impatient with today’s technology and easily aggravated by the tendency among humans of every stripe to “protect their own arses,” as he’d phrase it. Diamond’s career hasn’t been problem-free; he quit the force in Lovesey’s first book about him, The Last Detective (1991), and was subsequently booted from a department store security job, before returning to police duty. Oh, and his wife was murdered. However, Lovesey’s portrayal shows him as more sardonic than sunken. He’s even found a new girlfriend, who Lovesey says, “seems to have curbed his temper to some degree.” My favorite Diamond novels include The Secret Hangman (2007) and Skeleton Hill (2009), but there’s a new one due out this week: Down Among the Dead Men.

And have you made the acquaintance yet of Benoît Courrèges, or “Bruno” as he’s known to his (profuse) friends? If not, Mary, you really should. Created by British reporter-turned-novelist Martin Walker, Bruno is a former soldier now serving as chief of police in the quaint French village of St. Denis. While he’s no slouch in

a shootout or at sifting out killers, he’s also an epicure with a talent for preparing foie gras, a prominent local personality who organizes parades and fireworks displays, and a humble cop not above dispensing parking tickets and helping schoolchildren polish their sports techniques. Although Bruno is considered most eligible, and is a certifiable romantic, he seems happy to remain single. It leaves him time to trade barbs with far-off bureaucrats and solve considerably more misdeeds than you might expect in the Dordogne countryside—as he’s been doing ever since his first appearance, in Bruno, Chief of Police (2009). Other select entries in this witty series include Black Diamond (2011), The Devil’s Cave (2013) and The Children Return (2015), the last of which forced me to violate my prohibition against terrorism yarns, but without regret.

American authors do seem to have given birth to more “drunken and damaged” protagonists than their counterparts across the Atlantic. An arguable exception to that pattern was Leighton Gage. Before passing away in July 2013 at age 71, Gage—a former advertising agency creative director—produced half a dozen crime novels (beginning with 2008’s Blood of the Wicked) headlined by Mario Silva, a middle-aged chief inspector with Brazil’s Federal Police. While it’s true that Silva’s father perished at the hands of road bandits (who also raped his mother), and that his wife seeks to drown her own pains in various liquor bottles, the unheroic inspector refrains from wearing chips on his shoulder like billboards. He’s a smart but not brilliant detective prone only to forward motion, surrounded by underlings charged with supplying many of this series’ lighter moments. I was quite captivated by Dying Gasp (2010), the third of Gage’s Silva novels, but suggest in addition A Vine in the Blood (2011) and 2013’s Perfect Hatred (again, despite its terrorism angle).

Speaking of Brazilian crime fiction, let’s not forget Luiz Alfredo Garcia-Roza’s police procedurals starring Inspector Espinosa. A bookish and independent cop in Rio de Janeiro, Espinosa can be described too as a ladies’ man. Were it not for his duties keeping the peace, he’d probably disappear into a used-books store or else into the supple arms of some woman he’d spontaneously fallen in love with on the streets of Copacabana. Fortunately, this eccentric and most humane player happens to be a fine detective, as he proved in The Silence of the Rain (2002) and went on to demonstrate in such later escapades as December Heat (2003) and A Window in Copacabana (2005). These are laid-back and semi-poetic yarns about a man who loves his life. So much.

Finally, Mary, while many of the freelance shamuses born amid the pages of American crime fiction over the last 80 years have certainly claimed an inordinate capacity for spirits and been depressed, permanently melancholic or even psychologically unbalanced, I can think of at least one who does not fit that cliché: Spenser. Introduced by Robert B. Parker in The Godwulf Manuscript (1973), this wise-cracking, poetry-loving gourmet of a gumshoe has been bringing bad (and worse) guys to justice in Boston ever since. Parker published a whopping 39 Spenser novels before he died in 2010, and aside from a period in the mid-1980s when he was under threat of losing the love of his life, clinical psychologist Susan Silverman, the PI has carried out his assignments without falling into misery or despondency. Yes, Spenser likes his libations, but only in reasonable quantities, and preferably at tony joints such as Beantown’s Ritz-Carlton hotel (now the Taj Boston). Since Parker passed away, Mississippi fictionist Ace Atkins has been responsible for expanding the Spenser legend, and he’s done a pretty slick job of it, producing four new entries in the series, the best of them being Robert B. Parker’s Lullaby (2012) and Robert B. Parker’s Cheap Shot (2014).

So, Mary, does all of that answer your question?