Why shouldn’t Santa’s head of ops be an elf of color? 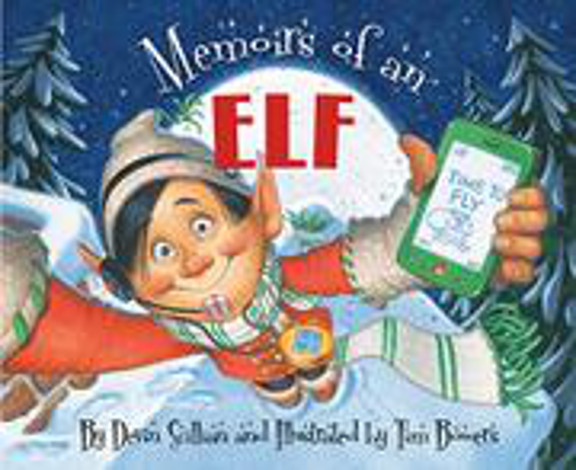 Back in our September 1 issue, in our roundup of Christmas and Hanukkah picture books, we reviewed a book called Memoirs of an Elf, by Devin Scillian and illustrated by Tim Bowers. We thought this story of this 21st-century elf who coordinates Santa’s Christmas Eve deliveries with his ever-present smartphone was pretty silly. We also took exception to its lack of inclusiveness, carping that, “though the general elf crew is multiethnic, the head elf is Caucasian.”

Aware of the Census Bureau projection that within five years the under-18 population of the United States will be majority nonwhite, I have made more of a point of noting the presence or absence of characters of color than ever before. Why shouldn’t Santa’s head of ops be an elf of color? Just painting in background color isn’t enough anymore.

Then a week or so ago I received the finished book, which we had reviewed from a full-color printout. When the book’s publicist nicely asked me to re-examine our quibble, and I looked at the actual book, I saw clearly that the elf protagonist actually has “warm, brown skin and straight black hair—perhaps he's Asian or Latino,” as our review now confirms.

I was horrified to see that we had leveled a criticism that was entirely unjustified—that was, in fact, 180 degrees wrong. When looking at that advance, which was quite washed-out in comparison to the finished book, it didn’t even occur to me that that head elf was anything other than white. Between the paleness of the reproduction and, probably more importantly, decades of assumptions, we were wrong.

Here, then, is my public apology to all concerned. The book is still pretty silly, but that head elf and his fellow elves “represent a step forward for ethnic elf diversity,” as our review now states. Kudos to Scillian, Bowers and the publisher—and Santa, of course.