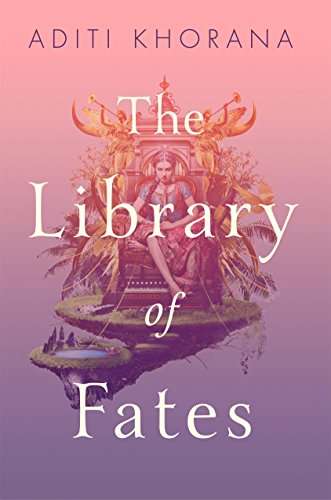 This is the time of year that feels like someone has their finger on the fast-forward button—it’s already time to comb through this month’s new releases!

These are some of the books that I’m planning to pick up:

I read an advanced copy of this one months ago, and I’m SO looking forward to reading it again in finished form. It’s a middle grade ghost story that is not only funny and smart, but also truly scary… and occasionally wonderfully gross. It’s also a story about moving to a new place, about family and friendship and building trust. My tween self would have loved it just as much—if not even more—than my adult self.

The Special Ones, by Em Bailey

Australian import about a girl being held captive by a cult leader and forced to pose as an oracle of sorts. I know I have a copy of this one around here somewhere—if I’d known that was what it was about, I’d have read it ages ago! Starred review.

The Library of Fates, by Aditi Khorana

Let’s be honest: I’d have gravitated towards this one based on the title and the cover alone. But it’s ALSO an Indian folklore-inspired fantasy AND Kirkus praised the world-building and the complexity and nuance with which it deals with “the power of experience, stories, and fate”—so it’s definitely on my Wouldn’t Miss It For The World list.

Speaking of books I’ll pick up based purely on the title...

Because You Love to Hate Me: 13 Tales of Villainy, by Ameriie

Short stories about villains! Collections like this are always uneven, but with a slate of authors that includes Cindy Pon, Victoria Schwab, Adam Silvera, and Nicola Yoon, it’s one that I’ll be dipping into at the very least.

Haunt Me, by Liz Kessler

This one sounds a bit like a YA romance prose version of the story told in Anya’s Ghost—a living girl befriends a ghost, and things turn dark when said girl begins to feel the pull between her two worlds, living and dead.

The Disappearances, by Emily Bain Murphy

A historical mystery story about a town that suffers a huge loss every seven years—the residents’ senses of smell, their ability to see color, their own reflections—and the girl who is determined to find out what is causing the curse and how to stop it. An annotated collection of Shakespeare and a journal by an unknown author both figure in.

A folksy middle grade story that involves a stolen pig and co-stars “a no-nonsense, rattlesnake-killing, very ill Episcopalian nun”—it sounds quirky and warm, and looks to be a good fit for fans of Laurel Snyder’s Penny Dreadful or Deborah Wiles’ Aurora County All-Stars and Each Little Bird That Sings.

Women in Sports: 50 Fearless Athletes Who Played to Win, by Rachel Ignotofsky

I had a few issues with Ignotofsky’s Women in Science, but the strengths far outweighed the weaknesses, so I’ll be reading this for sure.

One for Sorrow: A Ghost Story, Mary Downing Hahn

Two installments in series I have yet to start! Kate Elliott’s Court of Fives series is beloved by a ton of Very Trustworthy Book Friends—it sounds like the kind of immediately engrossing rich fantasy that will hook me and not let me go, so only thing that’s been holding me back is my lack of three days with nothing to do but read, read, read. I would have been in for Wormwood Mire purely due to the title, but the main character ALSO has aunts named Deliverance, Temperance, and Condolence—which I find so irresistible that I almost don’t even know what to do with myself right now.

So many kids at my library are leveling up to early readers and early chapter books that it’s hard to keep them in books! These will all come in eminently helpful. (But believe you me, I’ll be reading every single one of them, too.)

What about you? What are you looking forward to picking up?