What's That, Girl? Timmy's Fallen Down a Well? 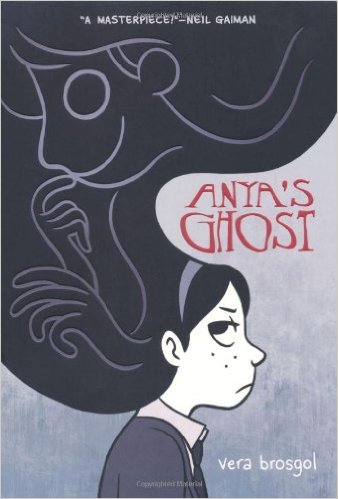 I can’t seem to get away from abandoned wells lately. And boy oh boy, they TERRIFY me, both in story form and in real life. They’re so ubiquitous in Maine that growing up, my parents were ALWAYS warning me about them, and then, years later, The Ring didn’t assuage my fears any.

In adult life, we had one in our backyard that I worried about for YEARS until we finally had someone come over with an excavator, knock it all in on itself and cover the whole thing over with dirt. Logically I know there is no longer any danger, but I STILL avoid walking over that spot.

What can I say? Fear is not always based on logic.

I’ve been reading a lot of short stories lately—specifically horror, and specifically adult market—and after reading two intensely creepy well stories in as many days, I thought back to my love of Stephen King’s Dolores Claiborne, and then I followed that train of thought over to the children’s book realm, where I ALSO have been falling down wells right and left and hither and yon. To wit:

I wrote about this one at length a couple of weeks ago, and it is an utter joy. In terms of its inclusion on this list, the premise involves a boy and his guinea pig trapped at the bottom of an abandoned well in the middle of a lesser-trafficked area of the neighborhood woods. It’s a scary situation, but not a particularly scary book—while Virgil and Gulliver are clearly in physical danger, Kelly focuses more on the emotional side of things than the life-and-death side of things. Click on through for the entirety of my gushing. Starred review from Kirkus.

I read this graphic novel a few years ago—it was published back in 2011—but it has stuck with me since then, which is always telling. Anya, who is dealing with a lot of classic I Don’t Fit In issues at her school and in her life in general, falls down an abandoned well and meets Emily, a 90-year-old ghost. Emily not only helps her out of the well, but also heads home with her—and while their friendship is a comfort to Anya at first, it all quickly takes a dark turn. Based on the strength of this book—the characterization, the storytelling, the pacing, and the nuance in the relationships—Vera Brosgol is, and will always be, on my Auto-Order list. Starred review from Kirkus.

The Girl in the Well Is Me, by Karen Rivers

The literary straw that broke the proverbial camel’s back—this is the book that prompted me to make this list in the first place. In terms of my take on it, the Mental Jury is still out because I’m only about a third of the way through… BUT. As it opens just after the narrator has fallen down a well while trying to complete an initiation into her class’s Popular Girls clique—and involves a frankly terrifying sequence in which she slides further and further down the well as the girls at the top actively refuse to be even remotely helpful—it clearly belongs here. Starred review from Kirkus.

There must be lots more out there—let me know!

*According to this website, Timmy never actually fell down a well. BUT LASSIE DID!