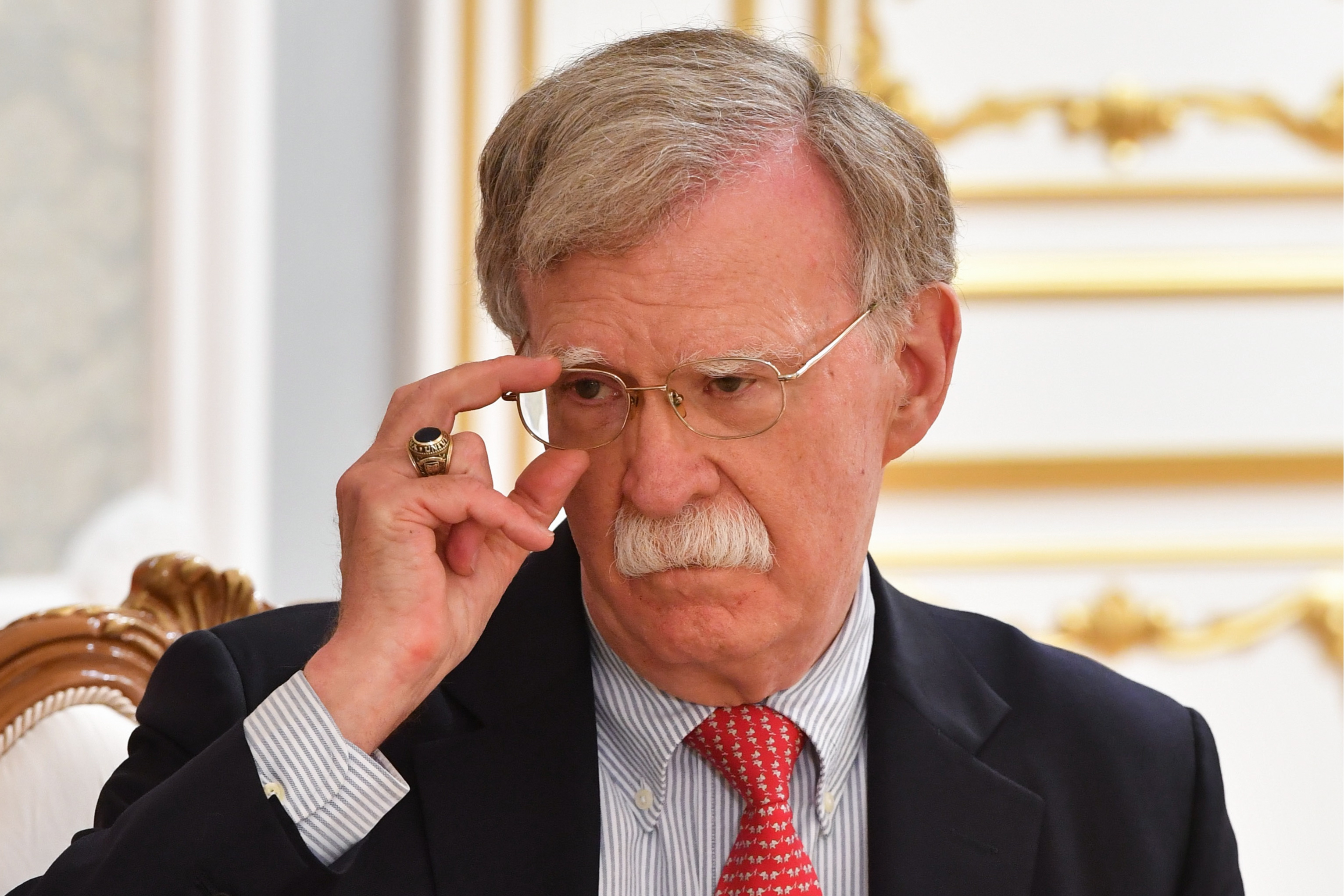 The National Security Council wants Bolton to revise the book before its publication. “The manuscript appears to contain significant amounts of classified information,” NSC aide Ellen J. Knight wrote in a letter to Bolton’s attorney.

News of Bolton’s book has gripped Washington for weeks. Earlier this month, the New York Times reported that he would discuss the Ukraine controversy in the book, and last weekend, excerpts from the book, titled The Room Where It Happened: A White House Memoir, leaked at the same time it went on presale.

Walter Shaub, the former director of the U.S. Office of Government Ethics, said he saw the administration’s threat as a sign that Bolton’s book contains information that could be damaging to the administration.

“Nobody works this hard to keep the truth from coming out unless the truth is devastating,” he said.

“Mr. Bolton is an unlikely standard-bearer for the public’s right to know, having worked at the highest levels of an administration notorious for its hostility to the First Amendment,” the lawyers wrote. “But everyone who values an informed public, and an accountable government, should be troubled that the fate of Mr. Bolton’s book is in the hands of the White House, and that government censors have so much control over what we will read, and when we will read it.”