The Wicked and the Divine 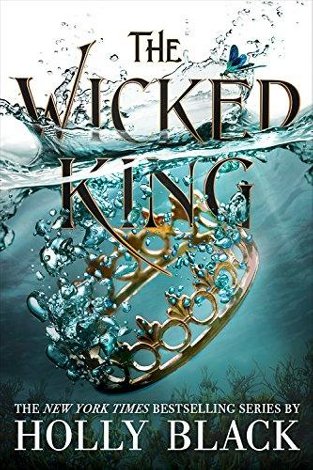 Talky Talk: The Wicked and the Divine

This cover is, once again, quite appealing: it’s clearly “fantasy” without resorting to swords and/or the colors black and red. (However the cover designers got around the provisions of Cover Law that require fantasy book covers to be predominately black, red, and gold, with various weaponry pictured, I salute you.) The best part is that it has significance to the story itself, but until you get to that part, it functions as a beautiful and eye-catching intro.

WARNING! Spoilers for The Cruel Prince (Folk of the Air #1) ahead.

Who could have guessed that babysitting Faerie’s most charming asshole—and king-to-be—is an exhausting job? Despite the fact he’s hot and writes her name obsessively in his puffy plastic Little Mermaid diary (this is just conjecture on my part, but tell me you can’t picture it), Jude is cracking under the strain of dealing with Cardan, her murderous father, her horrid twin sister, and everyone vying for the throne. Oak might be the planned heir to Faerie, but just call Cardan Sheryl Sandberg, ‘cause he is Leaning In to his new role.

None of this was what Jude had planned.

Evil mermaids, evil future brothers-in-law, evil family members, a morally lax Faerie court, and a lazily delightful romantic anti-hero combine to give Jude one monster of a headache. How is she going to hold onto her power and see her plans through? Can she?

I still love Jude, and it’s a testament to Holly Black’s intricate writing that this character—who makes questionable decisions and should not be trusted babysitting your little brother, let alone a smoking-hot king—still seems relatable. Jude is still hellbent on revenge, but watching her get picked apart and unravel like a badly-sewn seam is as delicious as it is concerning. Part of me wants to whisk her away to a good home with a nice family who will love her despite her murderous machinations…but most of me just whispers “YESSSSSSS” whenever she outmaneuvers her foes. Jude is an inspiration to all of us who are just Sick Of This Shit.

I should probably not find this as hot as I do—especially considering that Cardan is literally at Jude’s command, and that brings up a lot of consent issues—but I love reading a steamy, antagonistic relationship, and The Wicked King more than delivers on the sexual tension built up in The Cruel Prince.

“I hate you,” I breathe into his mouth. “I hate you so much that sometimes I can’t think of anything else.”

At that, he makes a harsh, low sound.

Everything you loved about The Cruel Prince is present in The Wicked King, including Black’s fervent and intense writing. It’s the kind of book that keeps you swept up in the court intrigue so that you can’t think too hard about what might be coming around the next page—and when you do, it’s as much as a blow to you as it is to the characters. Of course there will be betrayal and political machinations, but did it have to be like that?! And did it have to involve them?!

I was discussing this series with a friend who is also a former lawyer and current Holly Black fan, and we liken the Fae to extremely pretty, sociopathic attorneys. (Save the jokes, guys, I guarantee we’ve already heard them.) The Fae know the rules of their game more intimately than anyone else can, and despite your best intentions, it’s a fool’s errand to try to beat them at it. Or, as my friend described the ending to this volume: “BOOM! You just got faerie-lawyered!”

Book. BOOK! What are you doing, ending like that? Way to take my “bridge book” fear, light it on fire, and use it to keep me warm throughout the long wait for The Queen of Nothing. In Holly We Trust, but in Agonizing Future Publication Dates We Mourn.

The Wicked King will be available January 8, 2019.

Jennie Kendrick lives in San Francisco and has an excessive fondness of historical fiction, spreadsheets, turquoise sparkly things, and bourbon. She is also a literary agent. When she’s not reading, writing, or writing about reading, she cooks obsessively, goes to loud rock concerts, and thrifts for vintage everything.