On Wisconsin - and Wisconsin’s Love For Books! 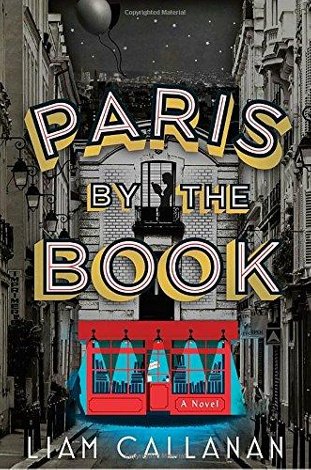 As I mentioned last week, I took a break from El Paso and my mom’s house to hop back to Wisconsin for the Southeast Wisconsin Festival of Books, a lovely respite (and a welcome chance to see my husband too!).

This is a small book festival by many measuring sticks, but wow, it was wonderful!

I moderated a panel with Jennifer Trethewey, Jade Lee/Kathy Lyons and Christine Merrill, all romance author friends, and had the chance to touch base with a couple of authors I love, especially Milwaukee author Amy Reichert (I wrote about her most recent release, THE OPTIMIST’S GUIDE TO LETTING GO, here; the Kirkus review is here) and Madison-area author Alex Bledsoe, whose Tufa series should be on every fantasy reader’s reading list. Book 1, THE HUM AND THE SHIVER, was a Best Book of 2011 - review here. I wrote about it recently here (soon after his son died). I *might* have hand-sold a few copies of their books at the festival book sale.

I also had the pleasure of meeting the two keynote speakers, Liam Callanan and Nick Petrie. Both were delightful to meet and were very engaging speakers, so despite the fact that I make a point to mostly read books by women, I have decided to pick them up

Callanan’s most recent title, PARIS BY THE BOOK, has vaguely been on my radar, since he’s a Wisconsin author and well, you know, Paris…

Kirkus called it a “pointedly literary romance—fueled by two children’s classics—about a Wisconsin woman who moves to Paris with her two daughters after her husband’s disappearance.” The review (here) was lukewarm, but I’ve already reserved it in audio and I’ll let you know what I think when I’ve listened to it. (His title THE CLOUD ATLAS received a glowing starred review here.)

A missing person, a grieving family, a curious clue: a half-finished manuscript set in Paris

When eccentric novelist Robert Eady abruptly vanishes, he leaves behind his wife, Leah, their daughters, and, hidden in an unexpected spot, plane tickets to Paris.

Hoping to uncover clues—and her husband—Leah sets off for France with her girls. Upon their arrival, she discovers an unfinished manuscript, one Robert had been writing without her knowledge . . . and that he had set in Paris. The Eady girls follow the path of the manuscript to a small, floundering English-language bookstore whose weary proprietor is eager to sell. Leah finds herself accepting the offer on the spot.

As the family settles into their new Parisian life, they trace the literary paths of some beloved Parisian classics, including Madeline and The Red Balloon, hoping more clues arise. But a series of startling discoveries forces Leah to consider that she may not be ready for what solving this mystery might do to her family—and the Paris she thought she knew.

Charming, haunting, and triumphant, Paris by the Book follows one woman's journey as she writes her own story, exploring the power of family and the magic that hides within the pages of a book.

Callanan read the first few pages—a huge hook!—and then said that he’d been inspired by a woman he’d met in Paris who owned an American bookstore, but was tired, since her husband had just left her and her children were grown, and she didn’t enjoy it anymore. She asked him if he wanted to buy it, and he (somewhat regretfully) said no, but the event inspired the book.

Isn’t that fascinating?! The very cool postscript is that after the book came out, the woman contacted him and said she’d decided to reopen, since his book had re-energized her! I love this story, and asked him for contact details:

French friends, check it out! (Maybe we can do some romance events?)

9 rue de Médicis in the Latin Quartier of the sixth arrondissment.

For the Q&A, Callanan was interview by author Andrea Lochen. Lochen’s debut, THE REPEAT YEAR, came out in 2013—when she lived in Madison—and received a nice review (here). Since she was a local author, I read it and I liked it too! She has since left Madison for a Milwaukee suburb, but it was nice to finally meet her, and I hope her subsequent work comes out in audio someday!

Nick Petrie’s Peter Ashe series has hit the thriller scene with a smash, and Petrie read the first few pages of his 2018 release, LIGHT IT UP, which were stunning.

I just started Book 1 in the series, THE DRIFTER, which received a star review (here). I’m about a quarter in, and highly recommend it. (He also said in his Q&A that a large portion of his readers were women, and he attributed a lot of that to his wife, who makes sure he keeps on track of the emotions in his books—thanks, Mrs. Petrie!)

Other authors I met whose books I’m itching to read:

Dale Kushner - THE CONDITIONS OF LOVE   (Kirkus: A teenage girl endures fire, flood and the loss of her parents in this bracing, oddly uplifting debut.  review here).

Keziah Frost - THE RELUCTANT FORTUNE-TELLER  (Kirkus: “An unassuming older man finds an unexpected new direction for his life in this debut novel.”  The reviewer called it “charming, warm, and wittily told” - review here.)

Robin MacArthur - HEART SPRING MOUNTAIN  (Kirkus - review here: “though the story is somber, there’s enough room in the narrative for a sliver of optimism… A fecund and contemplative feminist family saga.”)

So there you go, a stack of well-reviewed Wisconsin authors and other authors I met at the Southeast Wisconsin Festival of Books.

So glad to living in a state which loves books and has such talented writers!