Women Rising and Authors to Watch 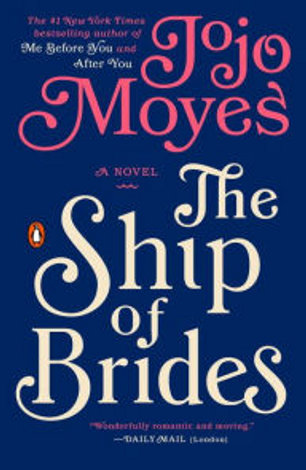 There are so many reasons to love romance (and I talk about many of them often!). But one of the things I like most about the romance genre (and many women’s fiction novels that have romantic elements) is that women are the heroes of these stories.

Usually, the books begin with some devastating event that gets the story rolling, but so often it represents rock bottom for the character, and the next few hundred pages are all about the main female character finding her voice, her place, her calling, her love of life.

Romance novels aren’t about finding a man. They’re about finding the right man for that character. The one who’ll love her, cherish her, respect her. Who’ll put her happiness and goals right alongside his own.

Recently I read a few titles that were especially troublesome because the women had absolutely no power throughout much of the books. The phrase We’ve come a long way baby really resonates with me when I read books like these, and I am so grateful for the freedom and opportunities we have as modern women, and especially as Western women.

Not surprisingly most of these titles were at least partially historical, and I highly recommend all of them. They all have HEAs of some kind, though some of them have multiple storylines, and not everyone has a completely happy resolution. They all have hope though, and that’s what we’re really looking for, isn’t it?

I’ve mentioned most of these titles before as books on my TBR pile, and so I wanted to check in and let you know that you should read them all!

The most compelling and difficult of these books was The Pearl That Broke Its Shell by Nadia Hashimi. I started this book a couple of months ago, but had to take a

break. It’s not for the faint of heart, but then neither is the situation in Afghanistan.

The book tells alternating storylines of modern-day Rahima and her ancestor Shekiba, both of whom lived part of their lives dressed as boys or men, but also suffered brutal oppression at the hands of their families. Shekiba becomes a harem guard at the palace, but even that can’t completely save her from the problematic existence of being a women in a world where men don’t respect you. Ultimately, she is inspired by Queen Soraya, who fought for women’s rights in her country in the early to mid-20th century. Her story becomes an inspiration for Rahima, whose weak parents leave her vulnerable to the attention of a warlord who they marry her off to at the age of 13. How she navigates this awful existence and ultimately finds freedom is a study in modern Afghani history, politics, and women’s issues. Beautiful and haunting, the book is definitely worth reading, especially since it catalogues that the kind of powerlessness historically faced by women still exists in too many pockets of the world.

Hashimi is a powerful voice who lets her rich and commanding storytelling remind us that not all women have the luxury of having come a long way. (Not in any way, shape or form a romance, and in many ways a very hard read. But if you are an eclectic reader, feel like you occasionally should read realistic fiction even when it’s hard, and love books about the resilience of women, put this one on your shelf.)

I am highly anticipating Hashimi’s August release, A House Without Windows.

The next title I’ve had the pleasure of reading is Helen Simonson’s The Summer Before the War. This is the author’s second book, after the extremely successful Major Pettigrew’s Last Stand (2010), and I sincerely hope it won’t take another six years for her to have another book, because she’s an amazing author who has been placed on my not-to-be-missed list. When Beatrice Nash is hired—in, let’s say, a less than straight-forward way—to be the new Latin teacher in a small Sussex town, not everyone is pleased, and as the England heads to war, the inhabitants of the idyllic coastal town of Rye will find their children in danger and their biases on display. Beatrice, mourning her beloved father who unnecessarily left her penniless, must find a way to circumnavigate the strictures her aristocratic family has put her under (hence the powerlessness, which the author expresses brilliantly). Simonson’s books manage to be both light-hearted and heartbreaking, portentous and luminous, and if you haven’t discovered her yet, you have a true gift in store for you.

Weina Dai Randel’s duology The Moon in the Palace and The Empress of Bright Moon are together the fictional account of Empress Wu’s rise to power in Ancient China.  When Mei’s rich father dies and her family is thrown out on the street, she is fortunate to be invited to become a palace concubine. But in truth, very few women are ever invited to meet the Emperor, and Mei is unversed in the intrigue that exists among the wives and concubines. Shunned by most of the women, she is befriended by a few, most of who trick her in one way or another once she catches the attention of the emperor. To make things even more complicated,

she has also fallen in love with one of his sons, and in-fighting among the many heirs has left the empire in trouble, especially once the Emperor’s health fails. Mei will likely prevail, but not easily, and not without some scars. (Can’t wait to read Empress of the Bright Moon.)

Finally, another auto-read author for me is Jojo Moyes, and I finally jumped into The Ship of Brides, which was terrific. In 1946 a British aircraft carrier is assigned to deliver nearly 650 Australian war brides to England. Four roommates become entwined in each other’s’ lives as the six-week journey takes its toll, and secrets are spilled that will change their futures irrevocably. Issues of class, non-consent, and reputation, plus themes of loss and miscommunication move the story forward and add emotional depth. Moyes manages to tell a complicated story from a variety of perspectives without ever losing the threads, while the contemporary first and last chapters ground the story in a mystery that wraps up everything—or everything that’s realistic in the end—in a romantic and satisfying way.

It’s not all completely happy reading, but these are great books, with mostly happy or uplifting endings. I hope you’ll pick them up!

Have a great week!