YA Books to Love in December 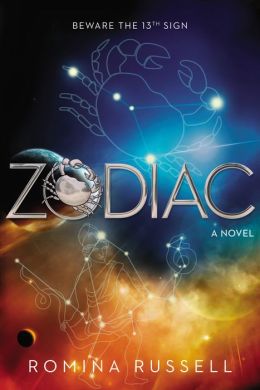 It’s already that time again! Let’s take a look at a few of the new books that’ll be hitting the shelves this month:

On the one hand, Diamond Boy sounds like a traumatizing horror show—it’s set in and around the diamond mines of Zimbabwe, and the Kirkus review says that it could cause “sympathetic PTSD in readers”—but on the other, I like to keep my eyes peeled for YA novels set in modern-day Africa. Kirkus gave it a somewhat mixed review, but Publishers Weekly and Voya both starred it—varied reactions like that always make me MORE curious about books, not less!

I’m always up for a new space opera, and this one sounds like the politics and the worldbuilding might be just as fun as the character drama. And hey, maybe the fact that there’s a love triangle will be canceled out by th

British mystery about the niece of a famous felon who falls for a bartender who, it turns out, has a DARK PAST. Everything I’ve read about this one suggests lots of twists and turns and tight, tight plotting. Yes, please.

The Number 7, by Jessica Lidh

A girl gets messages from the past—from a disconnected rotary telephone in her attic—that, over time, reveal the long-kept secrets about her family’s World War II history. The framing device sounds a little been there/done that to me, but every review I’ve read has praised it for being emotionally complex as well for dealing with an aspect of the war that hasn’t been explored much in YA: Sweden’s decision to remain neutral.

Both of Me, by Jonathan Friesen

A road trip, a family tragedy, a chance meeting and dissociative identity disorder. Everything I’ve read about Both of Me suggests two things: One, that it is beautifully written, and two, that it is R

EALLY WEIRD. Which are both things I tend to enjoy, so YAY. I admit to being slightly concerned by Kirkus’ mention of the book’s “grizzled old Mainer,” though—it’s a character type so often written as two-dimensional caricature that I always approach with caution.

Love and Other Theories, by Alexis Bass

A group of high school girls avoids heartbreak by following a few simple rules: don’t cling, don’t commit, don’t get attached. But then, a new boy comes to town and THINGS CHANGE. Judging by the publisher’s description, it’s being marketed as a somewhat run-of-the-mill romantic comedy… but the (starred) Kirkus review promises much, much more than that.

Which ones are YOU waiting for? And how are you going to fit all of this reading into what is already shaping up to be a rather busy holiday season?