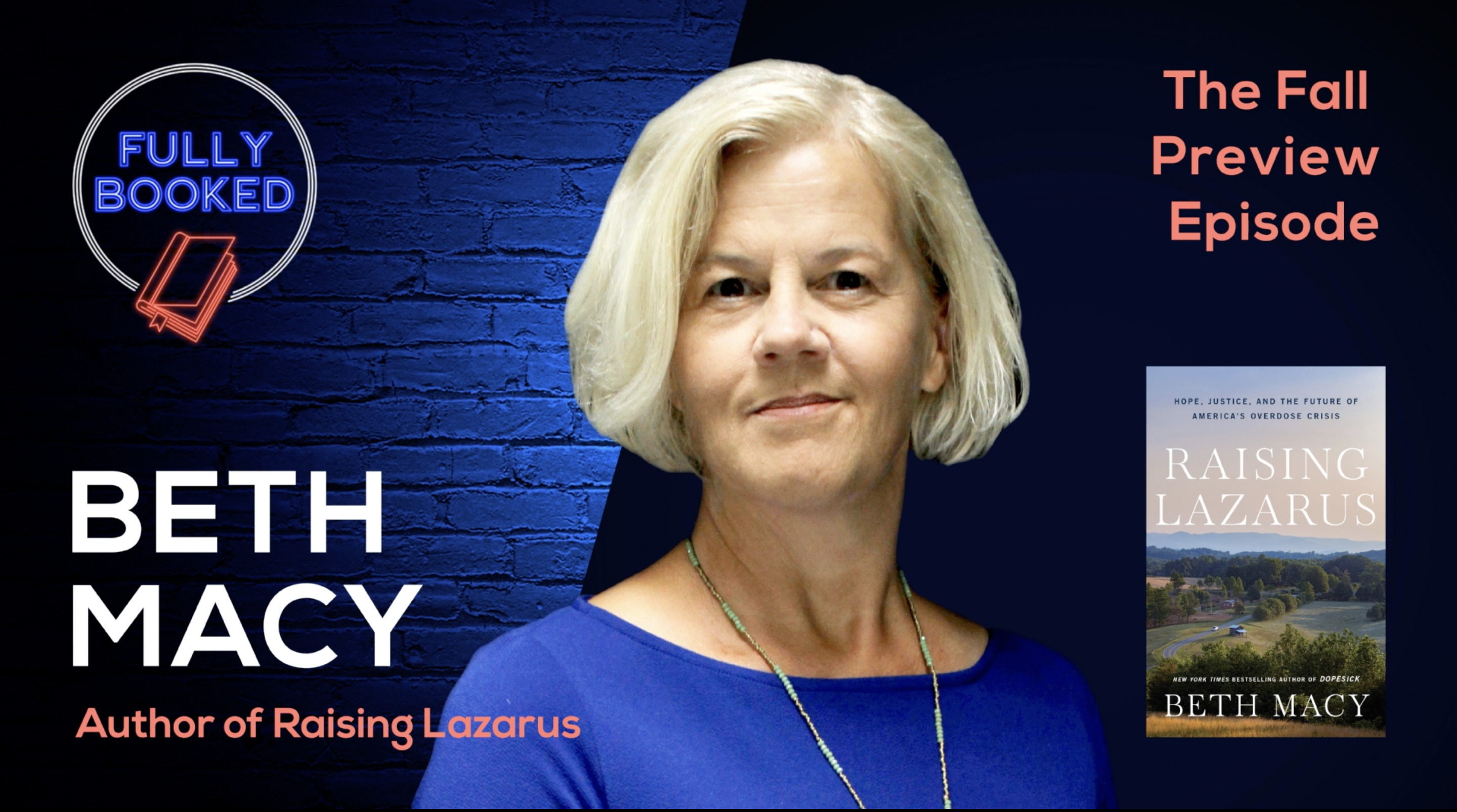 On this week’s Fall Preview episode, Beth Macy joins us to discuss Raising Lazarus: Hope, Justice, and the Future of America’s Overdose Crisis (Little, Brown, Aug. 16), “a profoundly disconcerting book that, with luck, will inspire reform to aid the dopesick and punish their suppliers.” (starred review).

Virginia-based journalist Macy is a two-time Kirkus Prize finalist for her stunning works of narrative nonfiction: Truevine: Two Brothers, a Kidnapping and a Mother’s Quest—A True Story of the Jim Crow South and Dopesick: Dealers, Doctors, and the Drug Company That Addicted America—recently made into a hit Hulu TV series starring Michael Keaton and Rosario Dawson. Picking up where Dopesick left off, Raising Lazarus chronicles the unsung heroes of the opioid crisis and weighs the actions we, as a society, may take to help decrease deaths of despair and increase treatment options for people with substance use disorders.

Here’s a bit more from our review of Raising Lazarus: “‘For a quarter century,’ writes Macy, ‘the Sackler [family, owners of OxyContin producer Purdue Pharma] masterminded and micromanaged a relentless marketing campaign for their killer drug, then surgically drained the company of $10 billion when they saw trouble on the horizon.’ The Sacklers have since been shamed and stigmatized, their name removed from museum halls and university buildings, but they have been able to keep their money—so far, anyway. Meanwhile, in what Macy calls the ‘Uneven States of America,’ the drug crisis continues to grow, with future substance-dependent people beginning their drug journeys, not ending them, with heroin and fentanyl. Against this epidemic stand health workers, legal reformers, and pioneering judges who have established drug courts to dispense not punishment but treatment.”

Macy and host Megan Labrise discuss why America’s opioid crisis keeps escalating; why the book starts with a scene between North Carolina nurse practitioner Tim Nolan and a man named Sam; who the heroes of this book are; how Macy knows she’s got an unforgettable quote; working with photographer Josh Meltzer; what it’s like to see your name in a Jeopardy clue; and much more.