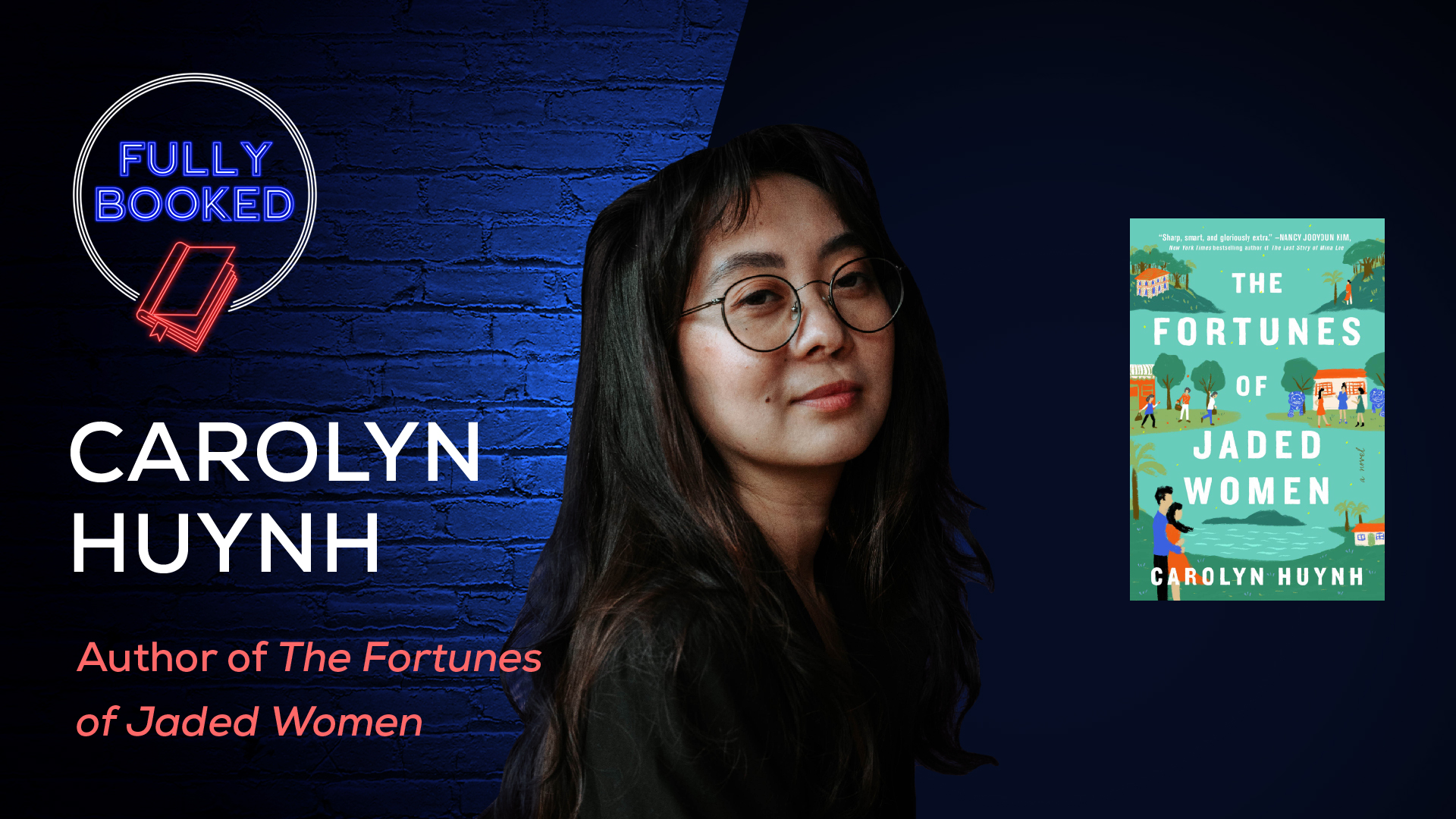 On this week’s episode, Carolyn Huynh joins us to discuss The Fortunes of Jaded Women (Atria, Sept. 6), a joyful multigenerational saga centered on the women of a Vietnamese American family in Southern California. Packed with good humor and abundant action, this sparkling debut novel from Huynh, who splits her time between Los Angeles and Seattle, was named September’s Good Morning America Book Club pick.

Here’s a bit from Kirkus’ review of The Fortunes of Jaded Women: “The three Yuung sisters of Orange County’s Little Saigon community have a lot in common, from a passion for knockoff Louis Vuitton bags and real jade to a distinct inability to revere their elders as much as they should. They’re also estranged—from each other, from their mother, from their grown daughters (who are well on their way to becoming estranged, too). But the alienation isn’t random. Long ago, an ancestor named Oanh fled her marriage after falling in love with a Cambodian man, and her husband’s vengeful mother put a curse on all Oanh’s descendants. Now, happiness is destined to elude them. If they marry, their spouses will be bad husbands, and they will never have sons.…

“Written with crackling humor and a shrewd, intimate understanding of Vietnamese American family life, the book is full of tart, broad comedy and farcical setups. But first-time novelist Huynh also uses her gift for humor as a tool to tell a unique story about exile and assimilation, highlighting the perils of trying to bend newer generations to ancient traditions and the difficulty of reconciling culture with the messy truths of modern American life.”

Huynh and host Megan Labrise discuss the happy news that The Fortunes of Jaded Women is September’s GMA Book Club pick; the novel’s long path to publication; working with editor Loan Le and agent Stephanie Kim; the importance of birth order in families; how estrangement impacts family dynamics; slapstick humor in fiction; how a novel can grow from stories; the novel’s dedication; and much more.