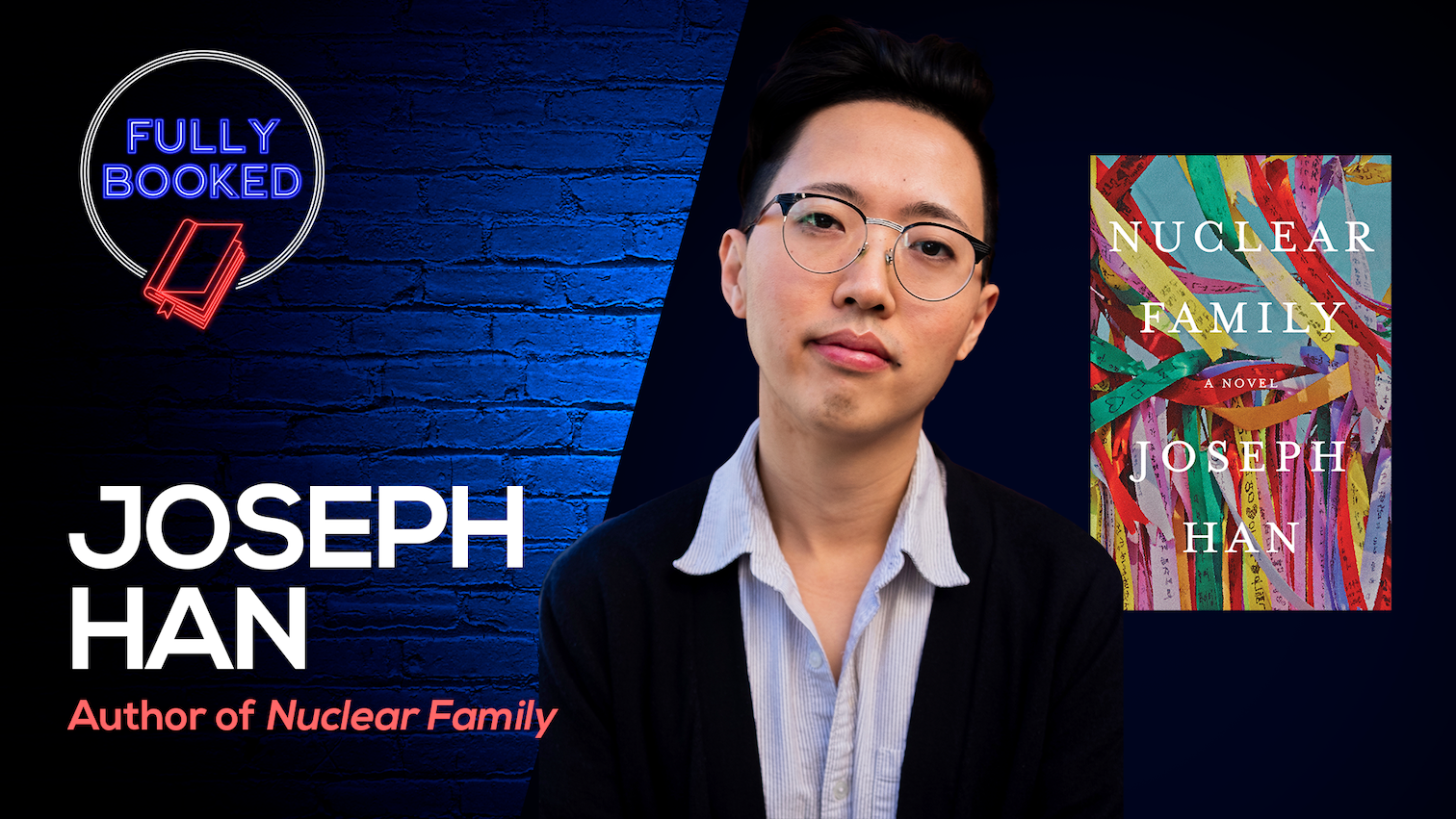 On this week’s episode, Joseph Han discusses Nuclear Family (Counterpoint, June 7), a “raucous and adroit” new novel from a writer to watch.

Han, a 2022 National Book Foundation “5 under 35” honoree and editor at Joyland, was born in Seoul, South Korea, and raised in Honolulu. Both Korea and Hawaii feature prominently in Nuclear Family, a poignant family saga and “surreal fantasy” that kicks off in 2018 “in the months leading up to a false alert of an impending missile attack from North Korea” (Kirkus).

Here’s a bit more from our review: “Central to [Han’s] tale are Mr. and Mrs. Cho, ambitious Korean immigrants who successfully run a popular plate-lunch restaurant they dream of turning into a chain in hopes that their two grown children, Grace and Jacob, will take over someday. The siblings, though, have other plans.…When [Jacob] decides to travel to South Korea to teach English and discover something of his heritage, his parents are delighted, but soon they learn devastating news: Jacob has been arrested for trying to breach the Demilitarized Zone. Back in Hawaii, gossip spreads quickly, the family is shunned, and the restaurant struggles. Jacob, though, is no spy; unwillingly and unwittingly, he has been inhabited by his dead grandfather, who desperately wants to find the family he left behind when he fled North Korea.”

Han and host Megan Labrise discuss the Cho family: Umma, Appa, Jacob, and Grace; how Jacob’s maternal grandfather haunts him (literally); how characters are identified by their given names and their relationships to one another; why Han chose to divide the novel into thirds, and what distinguishes each section; whether the process of writing a novel revises the author; unconventional formatting; and much more.