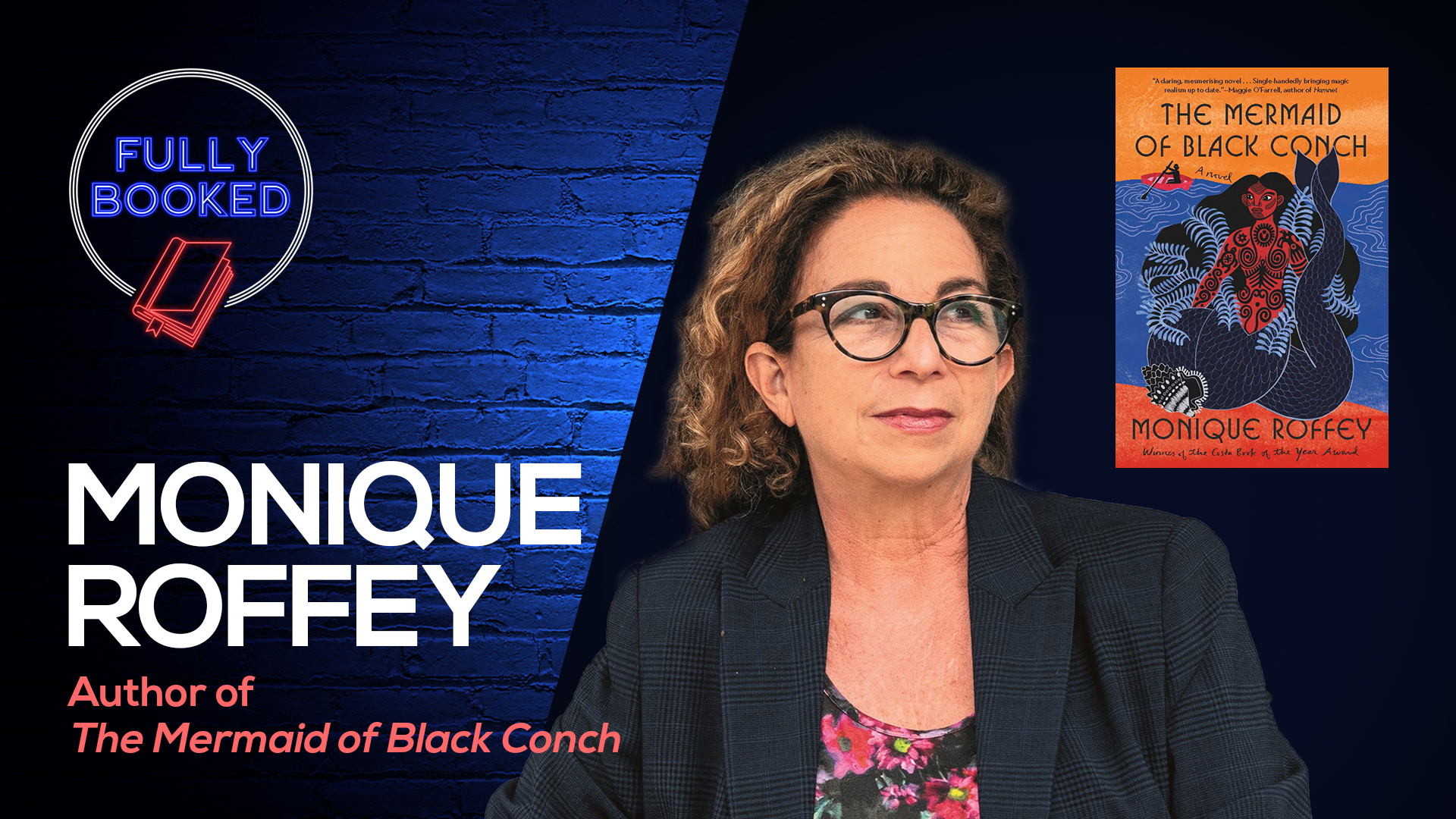 On this week’s episode, Monique Roffey discusses The Mermaid of Black Conch (Knopf, July 12), a gorgeous allegorical novel Kirkus calls “a mournful tour through Caribbean history via one of its most indelible legends.” Based in part on a Taino myth, The Mermaid of Black Conch tells of the forbidden love between a mermaid and a fisherman, circa 1976: She, Aycayia, had been hexed and banished to the sea over a thousand years ago. He, David Baptiste, is the young man who befriends—and ultimately, rescues—her, when a Floridian father-and-son duo capture her in the course of an annual fishing competition.

Here’s a bit more from Kirkus’ review: “In [Baptiste’s] saltwater-filled bathtub, the mermaid begins transforming back into a woman. Over time, [he] learns her story: Belonging to the Indigenous Taino people, the mermaid, Aycayia, was once a woman who was cursed to her fate by other women in her village. As she relearns human life, taught to read by Baptiste’s White landlady, Arcadia Rain, and befriended by Arcadia’s young Deaf son, Aycayia wonders whether, through her millennia-long exile in the sea, she has managed to shake off her curse and connect again to the land of her people.…[K]eenly observed and wrought.”

Roffey and host Megan Labrise talk about how she celebrated the book’s U.S. release; the delightful surprise of the novel’s international success; the love story at the heart of the book; writing empowering sex scenes; mermaids in legend and literature; the role music plays in Roffey’s writing process; the old woman who was cursed alongside Aycayia; and much more.