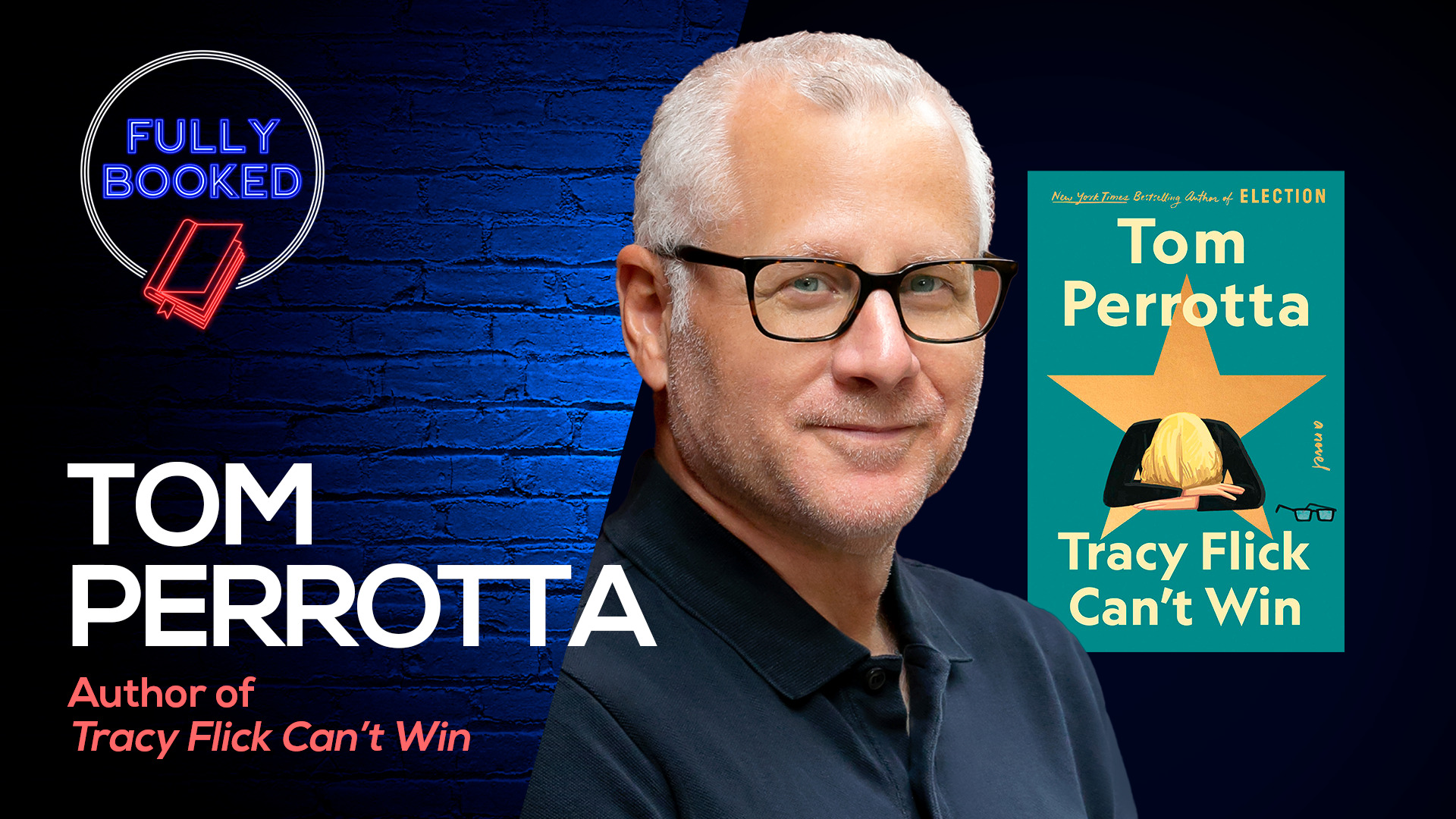 On this week’s episode, Tom Perrotta discusses Tracy Flick Can’t Win (Scribner, June 7). The New York Times–bestselling author’s 10th novel centers on a suburban New Jersey high school, where Tracy Flick, of Election fame, is the assistant principal—and she’s up for a promotion. To clinch the new role, she’ll need the help of the tech bro school board president, who wants to create a high school Hall of Fame…

Here’s a little bit from Kirkus’ review: “As the story begins, Tracy is at the breakfast table with her 10-year-old daughter, reading the paper. The connection between the #MeToo headlines and her own past (she’s always thought of what happened with her sophomore English teacher as an ‘affair’) is perturbing. Her once-unshakeable belief in her own agency has been almost fatally challenged since then, shoving her off her track to the presidency of the United States (not ‘a crazy ambition,’ according to her), now offering as booby prize the possibility of taking over for the principal when he retires at the end of the year. But in the meantime, she has to deal with this stupid Hall of Fame project, which pushes many of her buttons. Once again, characters you shouldn’t like at all become strangely sympathetic in Perrotta’s hands. Adulterers, egotists, bullies—well, we all make mistakes. As much as forgiveness seems the explicit theme of the book, its evil twin, revenge, burbles menacingly beneath the surface, and the ending is a shocker.”

Perrotta and host Megan Labrise talk about whether he made a conscious decision to revisit Tracy Flick, or if he began with a premise that turned out to suit the character; writing Tracy Flick in the #MeToo era; reconsidering who you are and what you’re about in middle age; being ordinary vs. being extraordinary, and what happens when your expectations of leading a “big life” are skewered; what it was like to reread Election 20 years hence; the “former glory” narrative; writing comedy; whether Perrotta sees his work trending towards cynicism or sunniness; and much more.