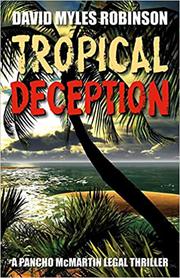 From the Pancho McMartin series, volume 4

A lawyer—defending a client accused of murder—gets drawn into a murky conspiracy that involves the mob, Russian corruption, and a lucrative business deal in this fourth installment of a series.

When Peter Roosevelt is shot dead in his Hawaii home, the obvious suspect is Wayson Takei, a successful businessman infamous for his “world-class temper.” Peter was sleeping with Wayson’s wife, Lei, who had just left her husband and filed for divorce, a humiliation that provoked wounded pride more than jealousy in the entrepreneur. Furthermore, the gun used to kill Peter belongs to Wayson, the last contribution to a pile of evidence that lands him in jail, held on a prohibitive $2 million bail. Pancho McMartin, a private attorney and the star of this series, takes on Wayson as a client and quickly discovers another possibility: that Peter’s murder had something to do with a business deal he effectively thwarted, a multimillion-dollar development project he opposed on environmental grounds. Peter’s neighbor Barry Williamson was among the principal architects of the deal and stood to lose everything. Even more suspicious is the involvement of Las Vegas businessman Joe Malen, a “shady character” with ties to organized crime who may have once been a Russian oligarch. Robinson packs the novel’s plot with a generous measure of action, and the tale maintains an enjoyably brisk pace. This is a legal thriller with an intriguing political dimension—ultimately the Russian element of the story ties into a corrupt American governor—but it avoids any pretensions to literary greatness or even nuance. The author’s goal seems to be the production of easily digestible entertainment and some artfully crafted suspense, both of which are ably provided.

A pleasant and well-executed crime drama.