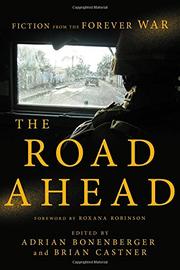 Stories of the Forever War

An anthology of stories covering a literary terrain as expansive as the seemingly endless "war on terror" that spawned it.

The most remarkable aspect of this collection of stories written by veterans of the “Forever War” (as the subtitle has it) is that it exists at all. In the past, there has been a lag between the experience of war and the fiction it inspired. The war on terror continues, and a number of veterans of the fighting in Afghanistan and Iraq have become accomplished storytellers, as this anthology attests. The stories address pretty much every aspect of a soldier’s life, from the last drink before service starts to the families left behind to the thrill and tragedy of the killing to the humanity of the enemy to the period of adjustment that finds the soldier still living in that world of combat while attempting to negotiate some sort of return to civilian normalcy. With over two dozen stories, each by a different writer, the style and quality necessarily vary. Perhaps the most audacious achievement is Matthew J. Hefti’s “We Put a Man in a Tree,” narrated in the first-person plural by a group of ghosts who won’t let a troubled veteran’s memories rest and who hound him into suicide: “We swallow families, and we eat lives, and we crush dreams, and we eat the fire that lived in the stomachs of our youth; because for those things to live, we need answers. But no one of us has the answers. We have only the questions.” A female perspective is more strongly represented here than in much war fiction, with five of the stories written by women. In “Little,” Teresa Fazio shows a great command of voice as she describes a tentative romance between her female narrator and an unlikely lover, neither of whom conforms to the stereotypes that soldiers themselves perpetuate.

These stories provide plenty of revelation on the nature of the war and the soldiers who continue to fight it.