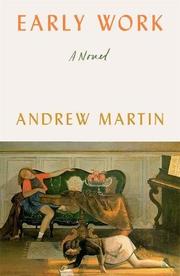 Two would-be writers embark on an affair, testing commitments to existing partners, their creative efforts, and each other in this clever morality tale.

When Peter meets Leslie, sparks fly and the dialogue crackles with irony and snark—as it often determinedly does among Martin’s small cast of well-educated artistic types. The two are around 30, and both are feeling doubt about their desire to be fiction writers. They also both have serious partners. Peter lives with Julia in Virginia, where she attends medical school and writes poetry. He teaches and tends to dither. “I preferred to do nothing. This was not Julia’s favorite aspect of my character.” Leslie has a fiance in Montana, but she is having second thoughts about the marriage and has come to Virginia to visit her aunt. Peter narrates the bulk of the tale, an anatomy of his affair with Leslie and dishonesty with Julia. (“ ‘We’re adults,’ I said, the universal verbal marker of childish behavior.”) Three sections with a third-person narrator deliver slices of Leslie’s life: a relationship with a woman in New York; how she got to know her fiance; and where she ends up. The structure is a bit creaky, though it gives Leslie some pointed limelight as a character apart from Peter—and it gives readers a break from Peter’s voice, which can be tiresome. His own narration reveals him to be irresponsible and living “[a] pantomime of commitment,” marked by steady consumption of alcohol and pot. There are nearly as many references to drinking as there are to great writers. Meanwhile, his depiction of the warm, brainy, intriguing Julia makes his treatment of her all the worse. And Leslie: Is she Peter’s muse or foil or female counterpart? Or none of the above? But that would be telling.

A well-written and often amusing debut about what it takes to succeed or fail in love or art.