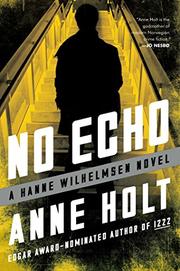 The murder of Brede Ziegler is anything but straightforward. Norway’s best-known chef stepped on a million toes to achieve celebrity status. His wife of six months, Vilde Veierland Ziegler, was barely half his age, and the boyfriend she threw over for him is still very much in the picture. Ziegler was stabbed to death with a knife whose pedigree is almost as exalted as his own. And his body was left on the unused back staircase of the Police Security Service. Fortunately, the mystery just happens to coincide with Hanne’s sense that she’s retreated to chaste seclusion to mourn her late partner, Cecilie Vibe, for long enough and her sudden eagerness to return, though the circumstances under which she left Chief Inspector Billy T. and her other colleagues make her wonder whether she still has a job. Welcomed warmly back to Violent Crimes, though not to Billy T.’s friendship, Hanne is on hand for still further complications: the news that Ziegler recently had himself sterilized, hints of financial shenanigans at Entré, his exclusive restaurant, and post-mortem revelations that indicate that if he hadn’t been stabbed to death, he would almost certainly have died from the poison someone had given him. But the most notable job she does as a police detective is to extract a statement from a killer who’s only too willing to talk.

Though it’s good to see Holt's detective back in the saddle, her return case is tangled and forgettable, with the most intriguing features sadly underdeveloped.