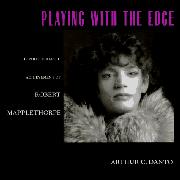 PLAYING WITH THE EDGE

The Photographic Achievement of Robert Mapplethorpe

One of our leading postmodern critics captures, in decorous prose, photographer Robert Mapplethorpe's putatively outrageous social and aesthetic vision. As art critic for the Nation, Danto (Philosophy/Columbia Univ.; Embodied Meanings, 1994, etc.) reviewed the now legendary retrospective of Mapplethorpe's work held at the Whitney in 1988, shortly before the photographer's death from AIDS. This appreciative but tentative review (the first to be written of the three included here) serves as a benchmark, showing how far Danto's understanding of Mapplethorpe has traveled since. In an introductory essay, Danto recreates how the Whitney exhibition's ``brilliant syntax'' spoke to him. Coming upon Mapplethorpe's disturbing images unawares, Danto felt that he truly encountered the photographer as he passed through the galleries. Soon thereafter, attacks from the cultural right on exhibitions of his sexually explicit work brought Mapplethorpe posthumous celebrity. Writing a long essay on Mapplethorpe for an art book, Danto came to believe that the photographer ``embodied the seventies in America . . . artistically the most important decade of the century.'' Reprinted here, that essay forms this book's core. Sparse reproductions nail down Danto's points without distracting from his argument. Characterizing Mapplethorpe as ``playing with the edge,'' Danto refers not only to his search for transcendence through transgression, but also to his rigorous delineation of his subjects. This disciplined aesthetic has been denigrated by art world insiders who consider formal accomplishment politically suspect. Having compromised neither his extreme lifestyle nor his artistic ethic, Mapplethorpe was outside the bounds of both mainstream American sexuality and elite cultural taste. Danto's accomplishment here is to suggest how his life and work address the central concerns of both. Incisive and passionate, Danto's testimony makes an important intervention in debates over Mapplethorpe's importance. (31 duotones)