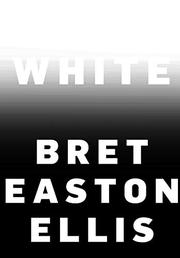 The author of American Psycho (1991) and a half-dozen other novels returns with a series of thematically related essays.

Ellis (Imperial Bedrooms, 2010, etc.)—who also has a podcast to which he often refers and who has also worked extensively on various film and TV projects—will not endear himself to those who are politically left-leaning. Repeatedly, he assails liberals for failing to accept the election of Donald Trump—and for helping to make everyone hysterical about having to see, read, and think about things we don’t agree with. The left, he writes near the end, has become “a rage machine.” Ellis’ text also displays aspects of memoir: One piece deals with his early (and continuing) fondness for films, which his father cultivated by taking him, even at a young age, to some very “adult” movies. These memories lead him to discuss Richard Gere, Judd Nelson, Molly Ringwald, and Tom Cruise. American Psycho is also a leitmotif: Ellis tells us about the conception and writing of the novel, lets us know that the brutality existed only in the imagination of his protagonist, and makes other comments about the film and the subsequent musical, which lost money. He slowly leads us, as well, into a discussion of his sexuality and his various relationships. Ultimately, though, his principal interest is in the fractured American culture, political and otherwise. He rails against college students who demand “trigger warnings”; blasts the traditional media; tells stories about the excessive reactions to his tweets; and celebrates some current cultural outcasts, including Charlie Sheen, Roseanne Barr, and Kanye West. He lashes out at certain writers while delivering praise to others—e.g., he admires Joan Didion and Jonathan Franzen.

Well-written pieces bubbling with attitude and self-confidence but, at times, as judgmental as those Ellis condemns.