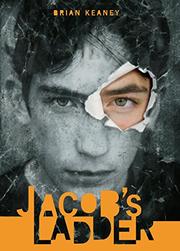 This adventure starts off strong but dwindles to didactic metaphor. When Jacob wakes in a field, he has no idea where he is or why he’s there. All he remembers is that his name is Jacob, and he wants to be back with his...what were those people called who took care of him, again? Oh, right, parents. Instead, he’s in a flavorless, gray place called Locus, surrounded by hundreds of other boys and girls who can’t remember where they come from. Together, the children wear gray uniforms, eat gray and spongy food, live in gray dormitories and spend all day moving rocks from one field to another. Most of the children have accepted their fates, but not Jacob. Along with two friends, he determines to escape. Sadly, it’s here that the intriguing tale breaks down into an oversimplified Pilgrim’s Progress. The children encounter a series of lessons delivered by biblically and mythically named characters, all with the goal of teaching them to place a higher value on life. Read The Giver instead. (Fantasy. 11-13)