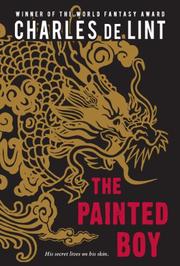 A disappointing effort cobbled together from a number of mythologies and cultures, overlong and underimagined. Jay Li is a dragon: He looks like a 17-year-old Chinese American from Chicago, but, like his grandmother, he is a Yellow Dragon, which is the image that covers his entire back and grows with him. His grandmother has trained him hard but inscrutably, and she approves of his dropping out of high school and moving to a border town in Arizona, though he does not know why. There Jay finds work at a Mexican restaurant that feels a lot like his parents’ Chinese restaurant. The town is held hostage by bandas—gangbangers—and several murders among his new acquaintances allow Jay to summon his inner dragon. He also touches the spirits—called the cousins—of fox, snake, coyote and jackalope in the desert and in el entre, the between. It’s a mythos mashup, sometimes in Jay’s whiny, adolescent voice and sometimes in that of the omniscient narrator, and there is too much telling rather than showing. De Lint is usually much better than this. (Urban fantasy. 12 & up)