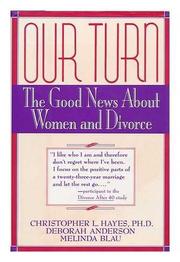 The Good News About Women and Divorce

A study of divorced older women that has important things to say to them—above all, that their lives may just be beginning anew after the long hiatuses of their marriages. Hayes (Director/National Center for Women and Retirement Research), Anderson (research coordinator of a recent study called ``Divorce After 40''), and freelance journalist Blau base their ``good news'' on the results of the Divorce After 40 study, which surveyed 342 women in their 40s and 50s who'd been married for approximately 20 years each. Eighty-two percent of the respondents found themselves stronger and more independent after divorce, and encouragingly high numbers reported better sex lives, enriched relationships with their children, a large and sturdy circle of female friends, little fear of loneliness, and a surprisingly low drive to go out and get married again. In analyzing the responses, the authors came up with four personality profiles: ``pausers,'' who essentially put themselves on hold during their marriages; ``slow movers,'' who had hints while married that they were missing something in life; ``rewinders,'' who were never happy as wives and leaped into new experiences after divorce, with sometimes problematic results; and ``players,'' who—ever in search of healthy independent selfhood—knew both before and after divorce how to take the good and build on it. The text is leavened with respondents' stories about how they learned to manage money, fight the emotional battle of letting go, and experiment with sex (sometimes for only the second time in their lives). The findings are limited to white, middle-class women, indicating that less-heartening news may await lower-class divorcÇes. And while there's plenty of sound advice for those who fit the demographics, the authors' cheery tone may fail to enthuse women in the throes of divorce. Still, their friends and caregivers will want to know about it, and the basic premise will be welcome to many.