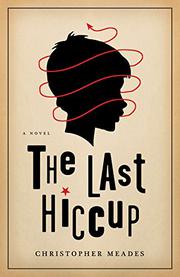 The hiccups continue relentlessly. Vlad disrupts the village school, where his passion is Ileana, redolent of “caramel and peaches outside on a spring day.” Folk remedies fail. Vlad, unable to sleep, nears collapse. His mother consults the village doctor, who calls upon a revered cousin, Sergei Namestikov, prominent Moscow physician. Sergei soon becomes father figure to the silent young boy whose gaze contains no joy or sorrow, no curiosity or anticipation. Examinations are unproductive. Treatments fail. Namestikov admits no defeat but finally consults Alexander Afiniganov, hated rival who has ever-bested him in honors and now in love, romancing Sergei’s beautiful former wife, Asenka. Afiniganov believes Vlad’s vacant stare is a window into the ageless struggle between “seraph and the devil’s sprite.” Without Namestikov’s knowledge, Afiniganov spirits Vlad away to a Mongolian monastery and into the care of the mystic Great Gog, who believes good and evil battle within Vlad. There he grows to manhood, still hiccuping, until Gog dies. Vlad is blamed, and then pursued into the wilds by Gog’s followers. Soon Vlad decides “sometimes in life, the person you are is the person you decide to be,” and vows to return home. Meades’ tale is peopled by every oddity of character, from a “dwarfling” psychoanalyst to a narcoleptic nurse to farmer Usurpet and his mute wife who has permission to bed whomever she chooses. Despite minor anachronisms, Meades reveals himself a gifted writer, deft with descriptions splashing surrealistic images like, “the muttony mixture of meat and carrots collided about in his open mouth like a small anguished creature trying to escape an ancient Romanian killing machine.” Vlad’s Pilgrim’s Progress ends after he treks from Mongolia to meets his mother, Ileana, Dr. Namestikov, an empathetic army recruiter and his inevitable fate. An allegorical tale ripe with symbolism.