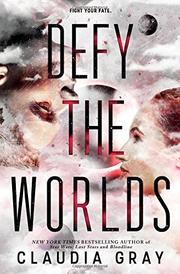 From the Defy the Stars series, volume 2

After Defy the Stars (2017), new threats reunite Noemi, a human, and Abel, a mech or anthropoid robot.

Noemi (described as Latin American and Polynesian in the previous book) struggles with being back home on Genesis, facing ostracism—especially for not letting Abel sacrifice himself to destroy the gate that protects the planet. She gets into additional trouble for wanting to use common sense and her initiative instead of waiting for the order to destroy mysterious projectiles from Earth. By the time the order comes, it’s impossible to stop all of them. Genesis is struck by a pandemic so bad that Noemi’s sent to Earth to surrender. Before she can get there, she’s grabbed by enemy forces and used as leverage to get Abel to surrender himself. Their objectives—saving themselves and Genesis—lead the duo to form strange alliances and discover new revelations, including devious schemes, predictable-yet-heartbreaking technological applications, and the full truth behind the Cobweb virus. The action raises the stakes, for individuals and entire worlds, and the romance satisfies without overwhelming, right up to a huge cliffhanger ending. There is ample ethnic diversity throughout the book, mostly incidental to the plot, although having one of the two named leaders of the extremist terrorist wing coded as Arab may raise eyebrows.