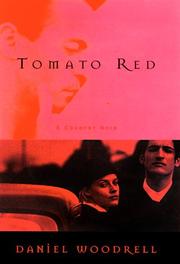 Woodrell’s second book, Woe to Live On (1987), is being filmed by Ang Lee, and the author seems to have pitched this, his sixth low-down and dirty novel, to the big screen: his no-account characters and their dumb-as-a-stump doings have that over-the-top quality that transfers neatly to the movies; and his downbeat ending, with its teenaged femme fatale, is pure Hollywood noir. None of which is to say that here is inferior Woodrell. His singular voice still captures the redneck poetry of everyday peckerwood speech, and his tough-guy posturings reveal themselves as empty gestures. Add to that a new sense of class conflict as it plays itself out in semirural Missouri. Woodrell’s loser narrator, 24-year-old Sammy Barlach, comes from Blue Knee, Arkansas, —an hour and a tall beer to the Delta side of Little Rock.— A self-described —cranked-out dipshit,— Sammy can—t hold a job or a woman and soon falls into the —nutsy actin— — of two other, less lumpy lumpen proles who were also —born shoved to the margins of the world.— Nineteen-year-old Jamalee Merridew, with the tomato-red hair celebrated in the title, hopes to escape the grind of low living by exploiting the phenomenal beauty of her younger brother, Jason, a budding beautician whose uncertain sexuality renders his sister’s blackmail scheme moot. The siblings— unmarried mother, Bev, —a Barbie who has gone to seed on roadhouse whiskey and pan-fried chicken,— supports her clan on her back. Jamalee meanwhile studies etiquette and dreams of living high. When her plans take a downward turn, with brutal consequences, Sammy—himself —craving to be a hero——just proves the truth of his down-home Hobbesianism: life is —glum and grim and nasty.— Woodrell’s sorry country folk —live fast— and —learn slow,— as Jamalee puts it, and their tale provides lots of low comedy—and no small amount of pathos.