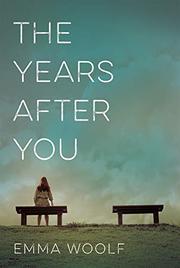 THE YEARS AFTER YOU

A young woman has an affair with an older married man in this novel by Woolf (The Ministry of Thin, 2014, etc.).

Lily, an employee at Higher Education Press, is in love with her boss, Harry, who is 20 years older than she is. Harry's wife, Pippa, a middle-aged stay-at-home mother of the couple's two boys, writes in her anonymous blog that she suspects her husband has been unfaithful and she has evidence. Harry is unhappy with Pippa and obsessed with Lily. When Pippa confronts Harry and Lily's ex-boyfriend David reappears in her life, Harry jumps off a cliff and dies. Lily then discovers she's pregnant with Harry's child. Twenty-five years earlier, Lily's father, Claude, abandoned Lily's mother, Celia, along with Lily and her three siblings, Cassie, Olivia, and James. After Lily's daughter, Stella, is born, Lily meets Claude, his second wife, Marie, and her two sons from a previous marriage, Vincent and Julien. Claude and Marie are both college professors at UC Berkeley in San Francisco and spend their summers in France. Along with the passive characters and slow pace, clunky writing and a jarring midpoint shift in tone from disturbing to milquetoast sink this uninspiring story. In the end, all hurts and transgressions are forgiven, Harry is mostly forgotten, and Lily embarks on her new perfect life.

A depressed man's convenient suicide results in happily-ever-after for everyone else.