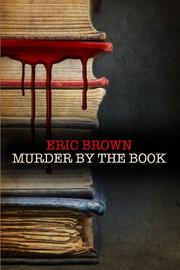 MURDER BY THE BOOK

When dangers threaten London’s community of mystery writers, one of their own is forced to investigate.

Mystery author and reviewer Donald Langham’s literary agent, Charles Elder, is being blackmailed over an unspeakable secret—well, unspeakable in 1955 London—and Donald is determined to help him. Though he doesn’t offer his aid in order to get closer to Charles’ assistant, Maria Dupré, that would in fact be quite an incentive for Donald, who is far too British to mention his interest in getting to know Maria better on his own account. Donald hopes that his experience working years ago for Ralph Ryland’s investigative agency will assist him in catching the blackmailer red-handed, and Maria and Charles serve as assistants to this plot and as comic relief, at least until Charles becomes seriously injured. His poor prognosis spurs Donald to work even harder in his investigation, though his progress is slowed by the deaths of several of his colleagues in the mystery circle. When Maria begins to suspect foul play and worry about what may happen to Donald, the author is forced to face the possibility that he may share Charles’ fate if he cannot solve the case.