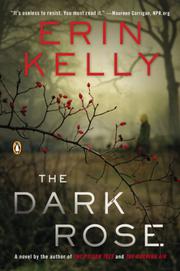 A second novel from British journalist Kelly (The Poison Tree, 2011).

Young Louisa Trevelyan was a Goth girl who frustrated her upper-class parents. With no thoughts of moving on to college, Louisa came and went as she pleased, working in a stall at Kensington Market selling aromatic oils, drinking and sneaking a different guy into her room (which is set off from the main house) each night. Then she meets Adam, the beautiful lead singer for a group known as Glasslake. Louisa is immediately captivated by the sexy bad boy who keeps his past hidden and is devastated by their arguments and his flirtatious nature. Kelly weaves in the tale of Paul Seaforth, a young man who loses his father at an early age to a terrible accident. The chapters, which span a 20-year range, tell the back stories simultaneously while chronicling the characters’ lives in 2009, when both are working to reconstruct a heritage garden. Paul, who has an uncanny resemblance to Adam, is preparing to go to court and testify against his former best friend, a man who has been both his protector and burden. The author is a careful chronicler, but the earlier chapters are somewhat confusing and not as engaging as they could be, particularly when she delves into horticultural minutiae. The pace picks up about a third of the way through, and that’s where the characters turn engaging, if not always sympathetic.

A solid psychological thriller that provides readers with a harrowing look into the violent pasts of a pair of characters who have everything to lose and know it.