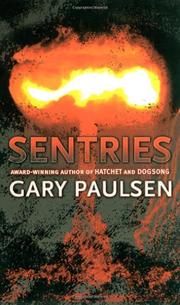 Four young adults come to dramatic realizations that would profoundly alter their futures. . .if the world survived. Sue Oldhorn, a 17-year-old Ojibway, enjoys her job but is tormented by her grandfather's musings on the Indian heritage she ignores; then she meets Alan, an Indian so proud of his roots that he lives a primitive, idyllic forest life. David Garcia leaves Mexican poverty for the US with dreams of sending money back to his family, but after an agonizing day hoeing beets in Nebraska he realizes the hard life in store here. Laura Hayes, a Montana high-school senior, longs to help run the family ranch, but her father sends her to school; eventually, she draws the family together in a new acceptance of individuality. Peter Shackleton's band is breaking big, yet he abhors the phoniness of the rock scene and yearns to release a musical sound to unite an audience as one, a goal he finally achieves. The novel's power lies in the immediacy of these truncated beginnings; its only hope is in the title: if these promising young people are sentries, can they guard against annihilation of the fecund world so poignantly evoked on Paulsen's last page?