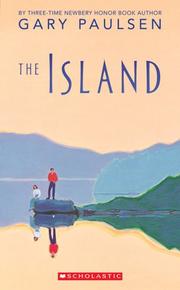 In a milder variation on the theme of self-discovery through experience sounded in Hatchet (Newbery Honor, 1988), Wil spends a few solitary days on an island near his home, tuning into nature and his own creativity. Wil has just moved from Madison, Wisconsin, to a decrepit country house near his father's new highway job. Feeling dislocated but not rebellious, Wil suddenly decides to camp out on the island that he has just discovered; he sends new friend Susan to tell his parents he won't be coming home for a while. He is engrossed in trying to re-create his experiences (what his grandmother was like, a turtle capturing and eating a sunfish) in words and in paint; he observes wildlife and takes up meditation. Meanwhile, his parents don't understand and are upset; they even send a psychologist to check him out, but not before the media have descended on this odd story. Wil is a fully developed character and—as Susan's mother suggests—gifted ("one of the thirsty people who need to know"); it's easy to imagine Paulsen as such an unusual boy. But there are some implausibilities in his story, including why a boy of 15 deciding to camp out a short distance from his home, in June, should cause such a fuss; and how such apparently limited and unimaginative parents could have produced such a son. And although there are some tautly written scenes (a fight with the local bully; Wil trying to imitate the loon's cry in order to understand the meaning of the loon), much of the book moves slowly. Fuller development of the parents would have made a stronger book; still, Wil's realization that they too are worthy of understanding makes a poignant conclusion to a novel that will appeal most to the unusual reader.