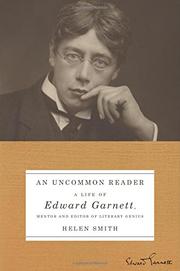 A Life of Edward Garnett, Mentor and Editor of Literary Genius

A sensitive biography of an influential editor and critic.

Like his American counterpart, famed Scribner’s editor Maxwell Perkins, Edward Garnett (1868-1937) nurtured a long roster of outstanding writers, including Joseph Conrad, Stephen Crane, D.H. Lawrence, Edward Thomas, E.M. Forster, John Galsworthy, and T.E. Lawrence. In her assured literary debut, Smith (Modern Literature/Univ. of East Anglia), director of her university’s master’s program in biography and creative nonfiction, draws on Garnett’s copious correspondence, critical writings, and memoirs of those who knew him to create a finely etched portrait of a man who exerted a quiet, decisive influence on arts and letters. From the age of 21 until his death, Garnett served as reader for several eminent publishing houses, beginning with T. Fisher Unwin, for whom he evaluated some 700 manuscripts a year, and including Heinemann, Duckworth, and Jonathan Cape, all literary publishers eager to identify new talent. “He has done more than any living writer to discover and encourage the genius of other writers,” Forster wrote, “and he has done it all without any desire for personal prestige.” Smith notes only a few instances of frustration, where he wished he had been successful for his own creative work. For the most part, though, he devoted himself to guiding other writers. He had the rare skill, she writes, “to ‘talk’ a book into being…adapting his approach to the temperament of the protégé, reassuring the timid, cajoling the reluctant and bellowing at the bloody-minded.” Smith examines Garnett’s personal as well as professional life: his devoted but unconventional marriage to Constance Garnett, an acclaimed translator of Russian literature; his siblings, friends, and lovers; the couple’s son, David, who forged a career of his own as writer and publisher. Garnett’s literary relationships could be intense: he saw Conrad as “a kindred spirit,” and he championed Crane’s “brilliant precocity.” “The born artist must be true to his own vision,” he once wrote, “the born critic to those of other men.”

A well-informed perspective on early-20th-century literature.