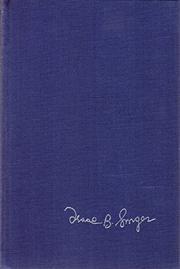 A YOUNG MAN IN SEARCH OF LOVE

As a young man in 1930s Warsaw, Singer lived inconspicuously on the edge of a successful brother's literary circle, tormented by philosophical doubts and youthful skepticisms, involved with a much-older mistress (a typical Singer grotesque) and on intimate terms with other, equally obsessed women. Unlike the garrulous know-it-alls at the Writers Club, he had no conversational case, no political affiliation, and classic insecurities. This second volume of Singer's autobiography, despite its juvenile-looking large type, introduces adult themes: love is no game, human culture seems "one huge and complex fig leaf." Singer wants to write in Yiddish and broadly defends its literary merits but finds contemporary stories lacking in suspense, too often concerned with dull yeshiva boys and their in-laws. Always down to his last zlotyl, he earns a pittance as a careless proofreader and broods on how to proceed. He resolves "to become a narrator of human passion." But imps conspire—buttons fall off inopportunely, knotted shoelaces come untied—and women pursue the unlikely hero: one for sex, one for love, one for a passport-to-Palestine marriage. Besides brother I. J., the best-known background figure is Trotskyite editor Isaac Deutscher—here an outspoken ideologue—but even the peripheral ones, seen from Singer's artful-onlooker perspective, have symptomatic individualities loosely suggested in Raphael Soyer's sketchy drawings and paintings. And on the last page, the most promising of that trio of ladies unexpectedly reappears. We'll stay around.