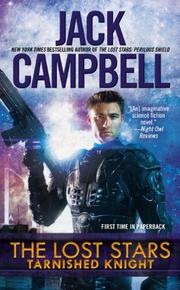 From the Lost Stars series

Beginning a sort of spinoff series taking place, chronologically, between Campbell’s last two outings (Beyond the Frontier: Dreadnaught, 2011, and Beyond The Frontier: Invincible, 2012) wherein the influence of "Black Jack" Geary is palpable, though he makes no actual appearance.

The brutal, ruthlessly hypercapitalist rule of the Syndicate is faltering thanks to its inability to defend the people against either Geary or the alien enigmas. The Midway system, with its numerous hypergate passages to other Syndicate systems, is pivotal. Most citizens and even some CEOs are weary of being terrorized by the Gestapo-like political police, or snakes. Exiled CEO Artur Drakon, having long plotted rebellion, now launches an all-out effort to seize control of Midway’s planets and exterminate the snakes. But he doesn’t control what’s left of Midway’s space forces: for that, he needs an alliance with fellow-exile and would-be rebel CEO Gwen Iceni. In a carefully coordinated action, Iceni commandeers some of the warships and attacks those forces who remain loyal to the Syndicate or are dominated by snakes. After initial successes, both Drakon and Iceni declare independence. But their Syndicate heritage isn’t so easily shaken off; neither can afford to trust the other, yet disaster looms if they don’t. Both must maintain this delicate balance while rooting out nests of snakes and traitors and dealing with ambitious underlings. Campbell maintains the military, political and even sexual tension with sure-handed proficiency. In previous volumes, the emphasis leaned toward battles; here, while not neglecting them, Campbell focuses on the human element: two strong, well-developed characters locked in mutual dependence, fumbling their way toward a different and hopefully brighter future. What emerges is a fascinating and vividly rendered character study, fully and expertly contextualized.

All the more impressive for being a significant departure from previous entries.