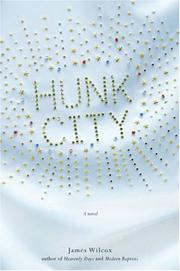 Do-gooders and bigots, the ethically conflicted and the sexually disadvantaged, ecologists and evangelicals pair up, disentangle, rant and fret in Wilcox’s fractious ninth novel.

Citizens of fictional Tula Springs, La., the site of such formidably funny predecessors as Modern Baptists (1983) and Miss Undine’s Living Room (2001), cluster around protagonist Burma Van Buren, widowed, passing 60 and hell-bent on supporting numerous liberal causes abominated by her bone-deep conservative neighbors. Burma’s rich, you see, thanks to the fortune left by her octogenarian spouse, a prosperous catfish farmer and big-time lottery winner. But commercial schemes aimed at turning Burma’s rundown-lavish domicile “Graceland II” into a mockery of her charitable ideals involve and divide the novel’s other characters. These include Burma’s drop-dead gorgeous (and duplicitous) accountant Travis Harper, her equally attractive landscape designer Hunter Schine (who’s gay, but what the hell) and the man she loved and lost, town official Mr. Pickens, likely to be impeached from his sinecure as Superintendent of Streets, Parks and Sewers. The (not exactly) gentler sex are loudly represented by Burma’s adversarial attorney Donna Lee Keely, and her gun-toting 80-something mama, who has her eye on a judge about to be widowed. Everybody minds everybody else’s business with Sisyphean persistence and Machiavellian cunning, and peaks of hilarity crop up like unruly springy hairdos (e.g., when Burma chats amiably with a socially conscious housebreaker who does volunteer work when he isn’t cat-burgling). Wilcox moves from one character’s misbehavior to another’s with the agility of a Southern-fried P.G. Wodehouse. The inordinately busy plot eventually runs out of steam, but then Wilcox whomps us upside the head with a blissfully deranged climactic courtroom scene.

Enormous fun, and arguably the author’s best since the sublime Modern Baptists.