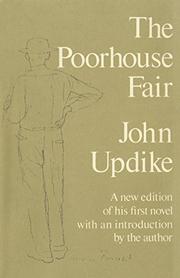 An ingenious poet (The Carpentered Hen, p. 59, published by Harper) reveals a distinctive ability for portraying, clinically, sparsely, not only a place, — the poor-house, the incidents — inmates versus management, but also the quality of age and its relinquishing, reluctantly, of the past. Here the physical decay of Hook, Gregg, Lucas matches the decline of the morale at the Poor Home, in New Jersey, under the new prefect Conner; here too the annual fair takes its atmosphere from the strangeness of the weather; and all, participating in the growing quality of revolt, are part of the humiliation of an event which climaxes in a mob gesture against Conner. An acid-pointed sketching of festivities, which are less than festive, frames these ancients in their daily battle of being alive, and those who peripherally touch them during the year's highspot, and they achieve a brittle, sometimes glittering, kind of life. For those whose pleasure lies in words and phrases and a sudden, awakening glimpse of different worlds and people around them.