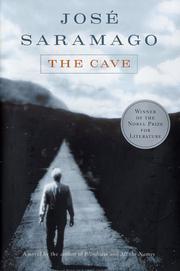 Far from resting on his laurels, Portugal’s 1998 Nobel laureate, now 80, brings us yet another ruefully comic and disturbing allegorical tale—a worthy companion to its superlative immediate predecessors Blindness (1998) and All the Names (2000).

The central figure is sixtyish widower Cipriano Algor, who lives with his married daughter Marta and her husband in an unnamed village not far from the commercial metropolis known only as the Center, to which he travels back and forth, bringing the pots and jugs he fashions out of clay to be sold. One day the “head of the buying department” informs Cipriano that his creations are no longer needed, and his unsold ones must be reclaimed. Acting on Marta’s suggestion, Cipriano turns to creating small human figurines, which are initially accepted, but then summarily rejected, by the Center. Out of work, “useful” only to the younger widow he’s attracted to and to a devoted stray dog (which he whimsically names “Found”) that seems to have come to him “from another world,” Cipriano prepares for retirement within the Center—until his accidental discovery of the truth hidden in its recesses reveals the significance of several haunting recurring images (smoke from what seems to be a crematorium, a house with a view of a cemetery, his dream of “a stone statue sitting on a stone bench looking at a stone wall”) and sends him on a final enigmatic journey. Saramago’s brilliant use of hurtling run-on sentences and thoughtful, mischievous narrative omniscience creates a richly suggestive text in which the plight of an ordinary man subject to an indifferent bureaucracy is juxtaposed with the theme of creation and its ramifications and responsibilities (it’s repeatedly emphasized that both Cipriano’s creations and we ourselves are “made” of clay) and the deeply ironic idea of a creative force that has become obsolete in a world where all is mandated, controlled, and regimented.

We’ll say it again: Saramago is the finest living novelist, bar none.