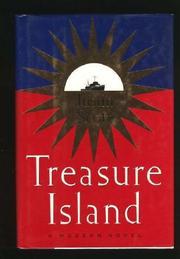 Scott's decision to update Robert Louis Stevenson's classic tale of seafaring adventure and piracy might seem a quirky venture at first glance, but the results are surprisingly rewarding. The book began as a writing exercise when the author (Hardscape, p. 1423, etc.) found himself stalled on another project, but it soon turned into something of an obsession. He moves the story to the 1950s (it is difficult, if not impossible, to imagine it working any later than that) and begins the tale at the Admiral Benbow Hotel on the Great South Bay off Long Island. Jim Hawkins is an American teenager fascinated with boats; Dr. Livesey is Dr. Janet Livesey; Squire Trelawney has been transformed to a former US senator; Flint is a WW II vet whose treasure trove is gold stolen from the Nazis. Long John Silver lost his leg at Iwo Jima, and the gold is hidden in the Caribbean. Some of the minor detail differences are fascinating. The blind Pew is run down by policemen on motorcycles rather than horseback, for example, and it is a barrel of pistachio nuts rather than apples in which Jim hides to learn of the deadly plot among the crew of the Hispaniola. ``Yo-ho-ho, and a bottle of rum'' becomes, instead, a familiar wartime army ditty from the Philippines. Scott's conceit was to rewrite the original as closely as he could, line by line, paragraph by paragraph, updating everything to modern times. The result is a new awareness for the reader of just how wonderful a villain Silver really is and, more significantly, how well-paced and powerful a masterpiece Stevenson produced way back in 1883. An enjoyable enough novel on its own, this is especially delightful when read with a copy of Stevenson's version on hand for comparison.