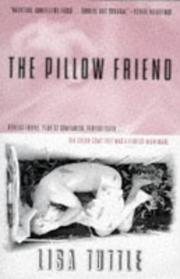 The first soft strokes of Tuttle's haunting fourth novel (Lost Futures, etc., not reviewed) build slowly, subtly into a relentless chiller. As a child in Austin, Texas, Agnes Grey is deeply influenced by her wildly exotic, unpredictable aunt Marjorie (her mother's twin sister), a would-be writer. Marjorie, though, never visits while Agnes's distracted mother, Mary, is at home, and the aging Mary, for that matter, is forever fruitlessly taking off for Hollywood to become a starlet. The fact is that little Agnes has never seen the twins side by side. The rather crabbed Marjorie has a plain, bare cabin in the wilds where Agnes spends one summer and, disturbingly, finds that her wishes are magically granted. Throughout childhood, she has desired an imaginary playmate, a doll that will literally talk to her, and now she gets Myles, a small antique figure who seems to whisper to her each night in bed. Then he disappears. Agnes, much like her aunt, has unknowingly trained her dreaming mind to produce waking-state companions and lovers who actually seem to have life and substance, not to mention an alarming habit of appearing when they're least expected. Her imagination is so powerful that one lover she has unconsciously created even gives her (at age 30) a hysterical pregnancy that goes full term. Agnes's love affair with scruffy British poet Graham Storey, whom she's admired since her teens, leads to marriage and turmoil, even though Graham seems to possess an intuitive understanding of Agnes's chaotic ego and has a desire to help her sort her life out. Housekeeping in literary London and vacations in Scotland flicker between reality and Agnes's darker undercurrents, whose depths stand fully revealed when her mother dies: Her ``twin'' Marjorie never comes to the funeral—for a very good reason. Brilliantly murmurous, with extreme states of mental disorder presented as if they were as normal as blueberries on cottage cheese.