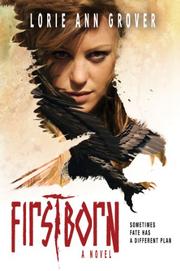 A fantasy that reads like a lost history tome and deftly examines issues of gender.

Tiadone is the first declared male in his R’tan village, though he was born female: Tiadone’s father declared him male to save him from abandonment and certain death on the Scree, as is the fate for all firstborn R’tan females, as dictated by the oppressive rule of the Madronians. Soon, Tiadone, along with his best friend, Ratho, and their “twined” rapions (birds of prey bonded to R’tan companions), travels to the Perimeter. During their mandatory year of service in Perimeter Defense, they will protect their people from invaders, desert cats and sandstorms. Once there, Tiadone chronicles the ways he must cope with the scorn of the other boys, the cruelty of the Madronians in power and his own changing body and blossoming sexuality—all as he struggles with his feelings surrounding being a declared male. Over the course of the year, Tiadone comes to recognize and deconstruct the carefully crafted lies that his life has been founded on and eventually finds a strength, peace and freedom he never dared hope for. Through the beautifully drawn Tiadone—whom readers will come to care for and relate to—Grover questions both gender norms and gender conformity in an honest, light-handed manner.

An engrossing story with welcome depths.