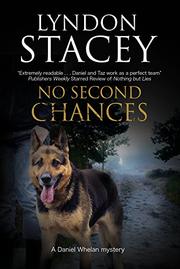 Missing husbands and boyfriends are the order of the day for ex-cop Daniel Whelan (Nothing But Lies, 2014, etc.).

When he makes a delivery to Abbots Farm, Daniel, who’s driven for Tavistock Farm Supplies ever since leaving the Bristol CID, finds owner Lorna Myers distraught. Two thugs are looking for Harvey, the husband she thought was overseas on business for his longtime company, Giradelle Santini. Daniel does such a good job comforting Lorna that the next day he gets a call from her daughter, Zoe, who wants his help locating her boyfriend, Shane Brennan. Zoe pawned two of her grandmother’s rings to help Shawn buy a racing mare, and now he’s disappeared, horse and all. Finding Shane won’t be easy. His people are Travellers, a close-knit community who don’t share secrets easily with “country” folk. Shane’s uncle, dog breeder Billy Driscoll, may know where he is, but Driscoll isn’t any more forthcoming about the boy’s whereabouts than he is about the condition of the greyhounds on his farm. Daniel’s German shepherd, Taz, isn’t the only one who smells a rat, but figuring out just what’s going on at in the Travellers’ encampment will take its toll on both man and beast.

Stacey’s latest takes off at a trot rather than a gallop but covers the ground just the same.