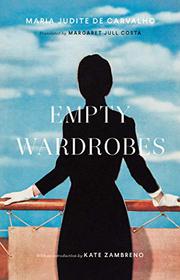 A widow restarts her life after a decade of mourning in this 1966 novel, the first by this towering Portuguese novelist to be translated into English.

Dora Rosário is the manager of a finely appointed antiques shop nicknamed The Museum, the mother of teenage Lisa, and an independent woman living in Lisbon in the prime of her life. Yet, ever since the death of her husband, Duarte, 10 years earlier, Dora has devoted her days to tending and preserving his memory. In life, Duarte was an insufficient spouse—a self-appointed Christ figure with “vast reserves of passive resistance,” which he used to rebuff all his mother’s proclamations that “her son would one day cause a stir.” When Duarte died, he left Dora and the young Lisa destitute and forced to rely on his indomitably eccentric mother, Senhora Dona Ana, for material support until Dora became the manager of the antiques store, the first job she had ever held. For a decade this is how the women's lives progress. Lisa grows up to become a graceful, witty, and entirely insouciant teenager, Dona Ana has begun to slip into senility, and Dora lives as “a career widow,” following a ritualistic routine among the dusty remains of other people’s memories. Then, on the night of Lisa’s 17th birthday party, Dona Ana reveals a devastating truth about her son that calls into question all of Dora’s devotion. What follows fundamentally changes the lives of all three generations of Rosário women, but particularly Dora, who must now look clearly for the first time at the legacy her husband has really left her: a desiccated life lived at the behest of a society that views her value only in accordance to her relation to men.