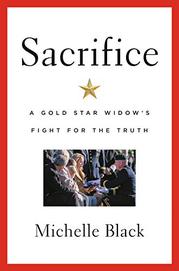 A Gold Star Widow's Fight for the Truth

A widow seeks answers regarding the death of her Green Beret husband in Niger in 2017.

When Black met her husband, Bryan, in 2002, she had no idea that the man who looked “like a tough guy with a bad attitude” would become the “love of my life.” Though both were in relationships already, their friendship quickly turned romantic. They married in 2005, and by 2008, they had two young sons. To support his family, Bryan enlisted in the military and trained for the Green Berets, a grueling process that “takes more than desire; it requires full mental and physical commitment.” He then earned Ranger credentials and deployed to Niger in 2016 and again in 2017. In early October that year, the author learned the devastating news that her husband had been killed in an ambush. Though she believed the military would conduct “an extensive investigation” and share details of their findings with the families of the victims, her attitude changed dramatically after Bryan’s funeral. In the difficult months that followed, stories emerged in the media from “anonymous officials” that Bryan’s team captain, Mike Perozeni, had “mischaracterized the mission to avoid getting proper approvals.” Black believed otherwise, not only because she had spoken to Perozeni, but because of the frustratingly incomplete information she received from the military investigation. After interviewing the survivors of the mission, the author discovered that commanding officers above Perozeni had not only ignored his assessments of the mission, but had forced Bryan’s team “into a dangerous situation with woefully inadequate support.” Although the narrative pace suffers at times from too much detail and some meandering, Black’s story is important for what it reveals about corruption at the highest levels of the military and how that corruption can result in the needless sacrifice of soldiers’ lives.

Not without flaws but a courageous and heartfelt military memoir from the perspective of a soldier’s family.