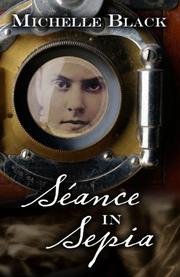 On a quest for stock for her father’s used-book store, Flynn Kiernan comes upon a “spirit photograph” featuring the three participants in the scandalous Free Love Murders in 1875 Chicago, where Alec Ingersoll was tried for the murder of his wife Medora and her lover, his best friend Cam Langley. When Flynn puts the photo up for auction on eBay, one bidder, Matt Holtser, asks to license rights for a book he’s working on. He and Flynn become romantically involved while tracking the history of the photo. Their search leads them to old trial records and Ingersoll’s request of noted spiritualist and free-love advocate Victoria Woodhull to conduct a séance that will disclose who really killed Medora and Cam. Did the overwrought Medora commit suicide? Did Cam, in despair over his disloyalty to Ingersoll, kill Medora and then himself? The Woodhull, as she was known, nearly comes to the same fate as Medora as she explores the dead woman’s relationships with the men in her life, including a stint as a photographer’s assistant that led her to a little foray into blackmail. Although The Woodhull will be able to sort through the events that resulted in the murders, her belief in the free love professed by the Oneida Community will be so sorely tested that she’ll pack in her own marriage and head for England to live out her life.

Historical novelist Black (The Second Glass of Absinthe, 2003, etc.) is awkward at dialogue but dandy at plotting. And three cheers for Victoria Woodhull, whose place in the feminist pantheon is richly deserved.