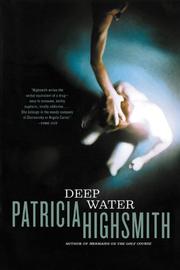 Victor Van Allen, a quiet- seemingly complacent husband to the pretty, pleasure-loving Melinda, frightens off her lovers successfully- until Charley De Lisle forces him to fulfill his threat- of murder. Mclinda accuses Vic hysterically- but convinces no one, and when she hires a private investigator, Vic fires him. A new liaison is again terminated suddenly-the body is not discovered by the police-and it is finally Melinda who secures the proof of what she had long suspected.... Again the fine detail of dialogue and action pinpoints a portrayal of an imperturbable killer- but without the flair of some of the earlier performances.